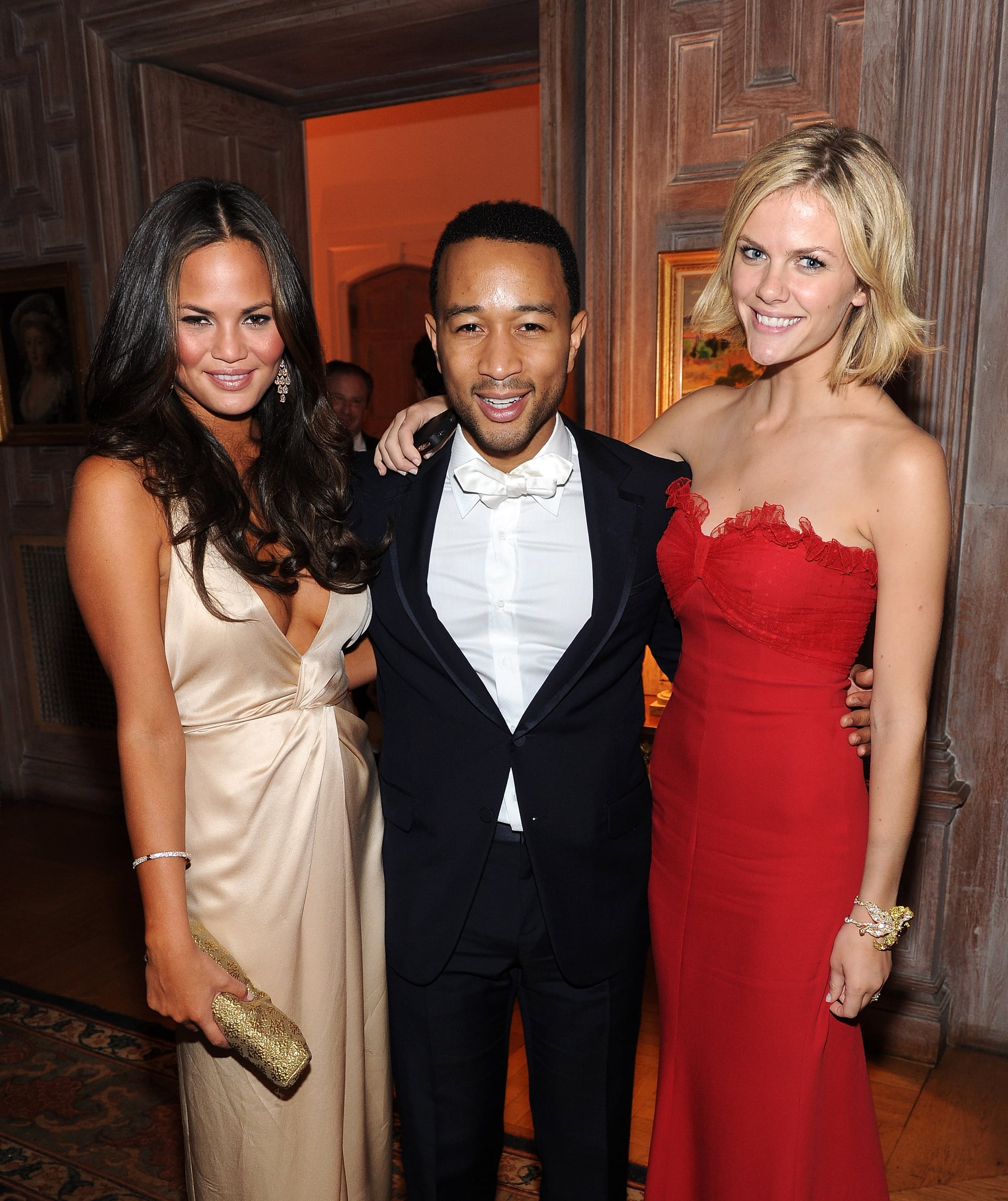 Chrissy Teigen is a mom, a model, and, at times, a hilarious internet troll. While we love her zero-f*cks attitude and admirable parenting tactics, the latest victim of her trolling wasn't let off easy, and that's because it was her pregnant BFF Brooklyn Decker. Brooklyn, who's expecting her second child with husband Andy Roddick, is experiencing some pregnancy swelling and took to Instagram to share a relatable photo of her ankles.

"I don't even know where the leg ends and the foot begins anymore," Brooklyn captioned the photo below.

Many moms were commenting on her photo sharing similar experiences with swelling during pregnancy. Some suggested compression socks, and others wrote that this side effect is "another beautiful thing about pregnancy," but once Chrissy got a glimpse of her friend's ankles, she couldn't help but roast her (jokingly, of course).

"Wow gross u need to see a doctor!!!! This isn't normal," Chrissy wrote. "Did u eat tuna???? Pregnant women cannot consume more than 3 tunas a day. Once ur foot gets a taste for the tuna it swells to reject the mercury. This is. Dangerous game u are playing #dangerous."

Chrissy continued, telling Brooklyn to check out her blog: "I have a blog if u wanna visit (and comment!) hppt://iamthesmartestmom.blogspot.vzw.blackberry.net/tuna." Brooklyn, obviously keen to Chrissy's sense of humor, wrote back, "link broke," so Chrissy responded, "that's weird, prob too much traffic."

Celebrity Families
Mark Our Words: Paul Bettany and Jennifer Connelly's Kids Will Be Superstars
by Emily Weaver 2 days ago

Pregnancy
Shawn Johnson Is Expecting Her Second Child! See How She Surprised Her Husband With the News
by Murphy Moroney 2 days ago