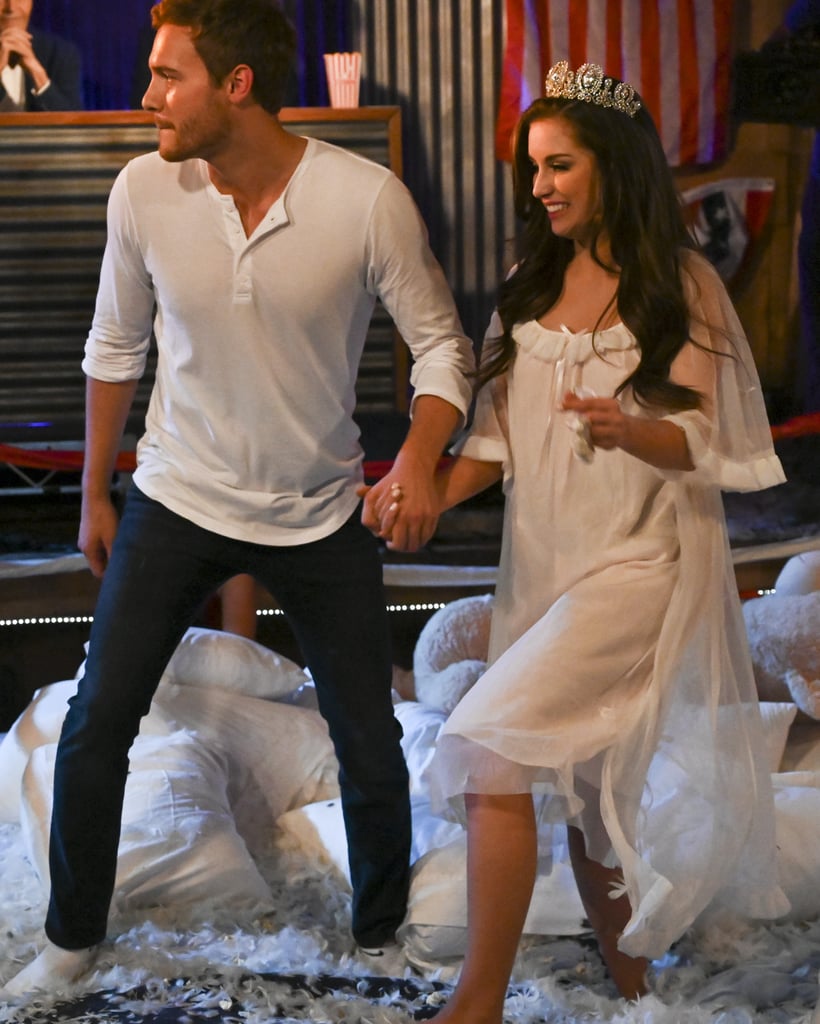 If You Thought Champagne-Gate Was Bad, Get a Load of This Week's Bachelor Drama

It wouldn't be an episode of The Bachelor without some major drama between the contestants. Last week, we had "Champagne-Gate"; this week, it's Alayah's turn to be at the center of controversy. Alayah, who was last year's Miss Texas and works as an orthodontist's assistant, got into some serious hot water over being perceived to be two-faced and fake. It all starts when Sydney notices that something seems "off" about Alayah, and things spiral pretty quickly from there.

After beating Sydney in the episode's extreme-pillow-fight group date (just go with it), Alayah literally changes the register of her voice when she's flirting with Peter later on. Sydney confides her concerns to Peter, who then asks the whole group if anyone isn't being genuine. She calls out Alayah, but none of the other women speak up at the time. Of course, that doesn't last long, and Peter ends up going around and trying to get the other women's opinions in more private settings. With more privacy, three more women tell him that Alayah acts very different when the cameras are rolling than when they're off.

It's Victoria Paul, though, who drops the biggest bombshell. Earlier in the episode, she had a very successful one-on-one date with Peter, so her word holds a lot of weight with him. She reveals that she and Alayah know each other and were friendly from the pageant circuit before coming on the show, and says that Alayah asked her to keep their connection secret. Victoria also notes that Alayah had commented before about being "open" to other opportunities from being on the show, presumably referring to the well-known phenomenon of rejected contestants getting sponsorship gigs, influencer deals, and more. When Peter confronts Alayah, she admits to knowing Victoria P. and claims that she was worried one of them would get disqualified (despite several previous seasons having contestants with pre-show connections).

In the end, Peter decides not to give Alayah a rose at the rose ceremony, but judging by the previews for next week, this drama isn't over yet! Keep reading for some of Bachelor Nation's hottest Twitter takes on the Alayah drama.

Previous Next Start Slideshow
The BachelorTVPeter WeberTwitter Reactions
Around The Web