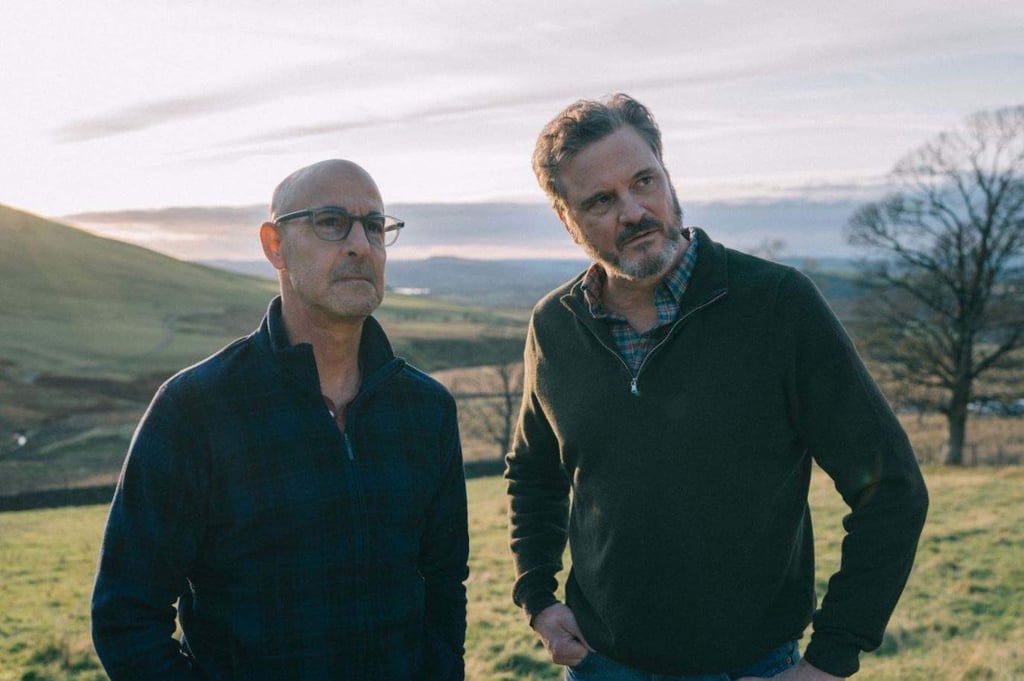 Colin Firth and Stanley Tucci Star in a Film That Sounds So Romantic, We Might Cry

No, this isn't a false alarm or a bait-and-switch situation: two of Hollywood's most celebrated actors are coming together to star in a tragically romantic love story that pretty much promises to set off the waterworks. On Oct. 24, Variety broke the news that Colin Firth and Stanley Tucci have wrapped filming on Supernova, a romance that follows the two as a long-time couple on a road trip.

Sam (Firth) and Tusker (Tucci) are partners of 20 years who are traveling across England visiting friends, family, and places from their past after Tusker has been diagnosed with early onset dementia. According to the synopsis, the trip takes a turn for the worse when Sam and Tusker's ideas for their future clash and lead to secrets coming out and their love for one another being "tested as never before." As their journey progresses, the two must question what it means to love each other with the reality of Tusker's illness lingering in the background.

"Supernova is a deeply romantic, modern love story," director and scriptwriter Harry Macqueen said in a statement. "It follows two people who are bound together by their love for each other but being pushed apart by the situation they find themselves in. It is an intimate, naked portrayal of a relationship facing a fissure that threatens to cut it to its very core."

The movie is Macqueen's second time directing following his 2014 debut film Hinterland. Despite just wrapping up a six-week shoot in England's scenic Lake District, Supernova has already inked early distribution deals with various territories including the UK's StudioCanal, which announced the production's wrap on its official Twitter page.

🎬: Filming has wrapped in the Lake District on Harry McQueen's Supernova - a modern love story about what we are willing to do for the people that we love. Starring Colin Firth and Stanley Tucci - it's an honour to be bringing this empowering story to cinemas. pic.twitter.com/TdLZVMr4ik

"We fell in love with Harry's beautiful, tender script for Supernova, a story told with such warmth, wit, and maturity," Alison Meese, head of UK acquisitions at StudioCanal, said in a statement.

And they definitely aren't the only ones who have fallen in love! Fans learning the news on Twitter are unable to contain their joy at seeing two well-loved actors together on screen. Not only do Firth and Tucci have that (and we know this is taboo, but it's also just facts) "daddy" appeal, but they're just phenomenal actors! (Though it should be noted that it's about time we look to actual queer actors to bring these stories to life.) We're crossing our fingers that the tragedy lurking in the synopsis of Supernova won't make this story as heartbreaking as it seems it will.

Check out the excited reactions from fans ahead, and keep an eye out for more details on Supernova as post-production progresses!

Movie Trailers
See the Trailer For Pokémon: Mewtwo Strikes Back — Evolution, Which Hits Netflix in February
by Alessia Santoro 11 hours ago