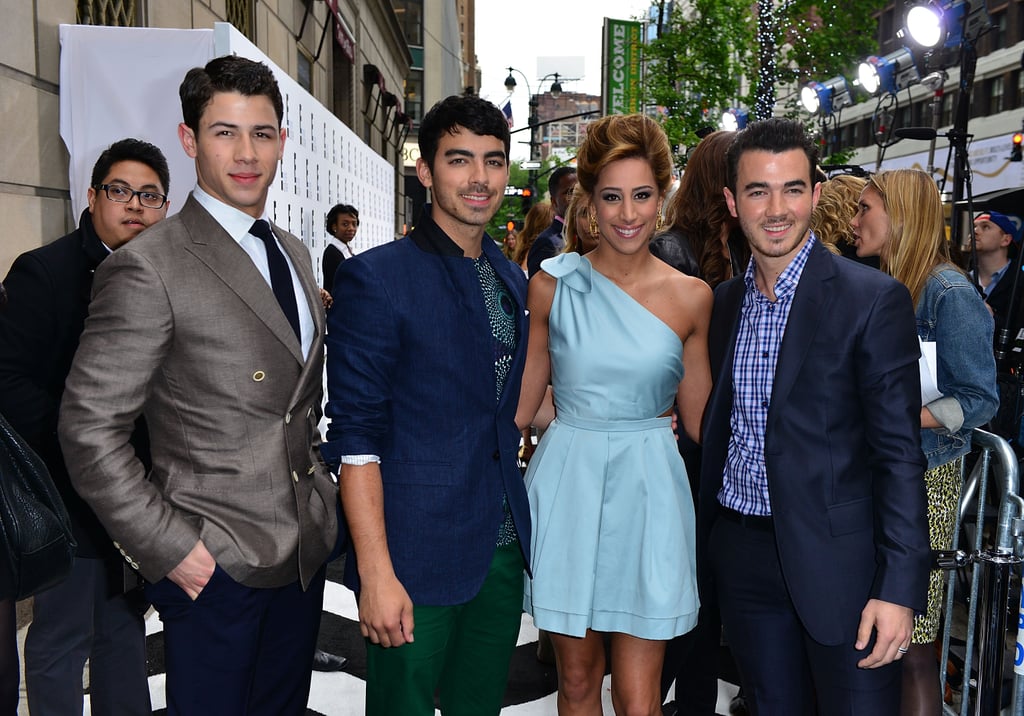 This year started off with more acting projects for Nick, who returned to Broadway as the lead in How to Succeed in Business Without Really Trying and, a month later, appeared in the short-lived NBC musical drama Smash. In May, the brothers announced a split from Hollywood Records, whom they'd been working with for the past six years. "This was a decision that we made as a group," Nick told The Hollywood Reporter. "Naturally, as with any partnership, when you do part ways, there is emotion tied to it. We've been blessed to have a lot of success with Hollywood and with Disney, but speaking on behalf of my brothers and our team, we're all looking forward to this next chapter. We're ready for that next step as a group, and being able to take our work with us was so important."

In August, Kevin's new E! reality series, Married to Jonas, premiered, which he starred in alongside his wife, Danielle, as well as his brothers. It was on the show that the Jonas Brothers confirmed they were working on a fifth album, as had been rumored. They also announced a new concert tour, the World Tour 2012/2013, and they even played a reunion concert in October at Radio City Musical Hall, leading fans to believe a comeback was possible.

Music
Obsessed With That Viral Subway Singer? Watch the Rest of Her Incredible Music Covers
by Kelsie Gibson 19 hours ago

Music
Sebastián Yatra and Reik Were So Excited to Win a Premio Lo Nuestro, They Literally Rolled on the Ground
by Maria G. Valdez 20 hours ago

Music
J Balvin Teared Up When Daddy Yankee Gave Him a Premio Lo Nuestro, and I Want All My Friendships to Be Like Theirs
by Maria G. Valdez 20 hours ago