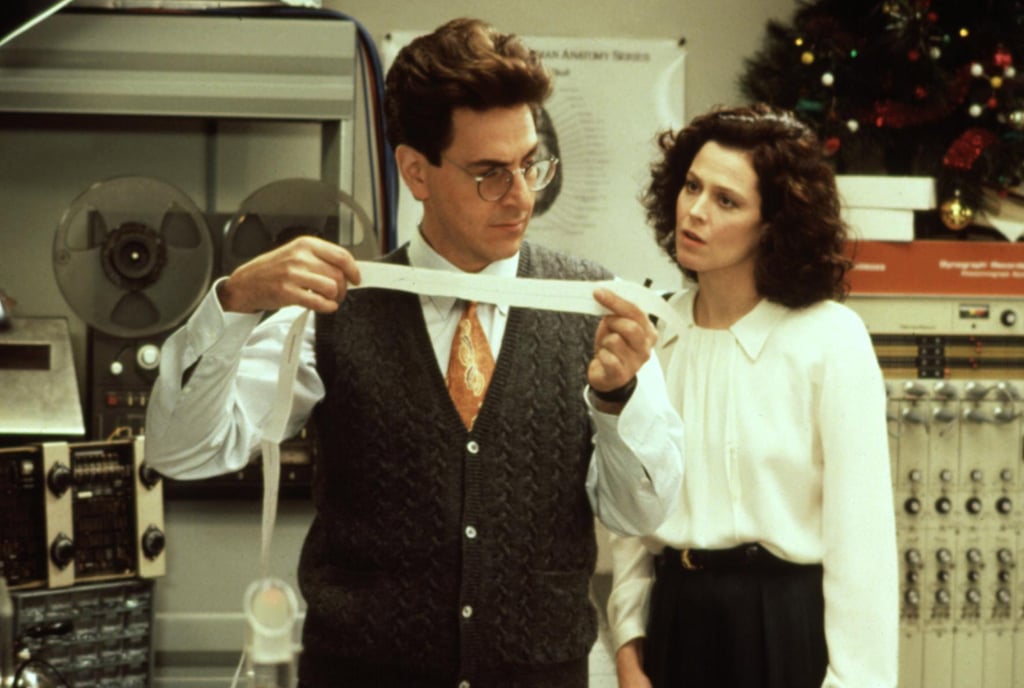 Is Harold Ramis in Ghostbusters Afterlife?

Ramis is the only one of the original Ghostbusters not to return for the new movie, and there's a real-life reason: Ramis died in 2014, at the age of 69, after complications from an autoimmune disease. His character, however, plays a crucial (albeit posthumous) role in the movie, since the protagonists of Afterlife are his secret daughter and her two children.

Elisabeth Moss
Hold Up, The Invisible Man Movie Looks WAY Different Than the Book
by Chrissy Bobic 1 day ago

Movies
Zombies 2: Meg Donnelly and Milo Manheim Sing Their Hearts Out as They Guess DCOM Lyrics
by Kelsie Gibson 13 hours ago

Netflix
Cancel Your Plans! Netflix Has 90+ Movies and Shows Coming in March
by Kelsie Gibson 2 days ago