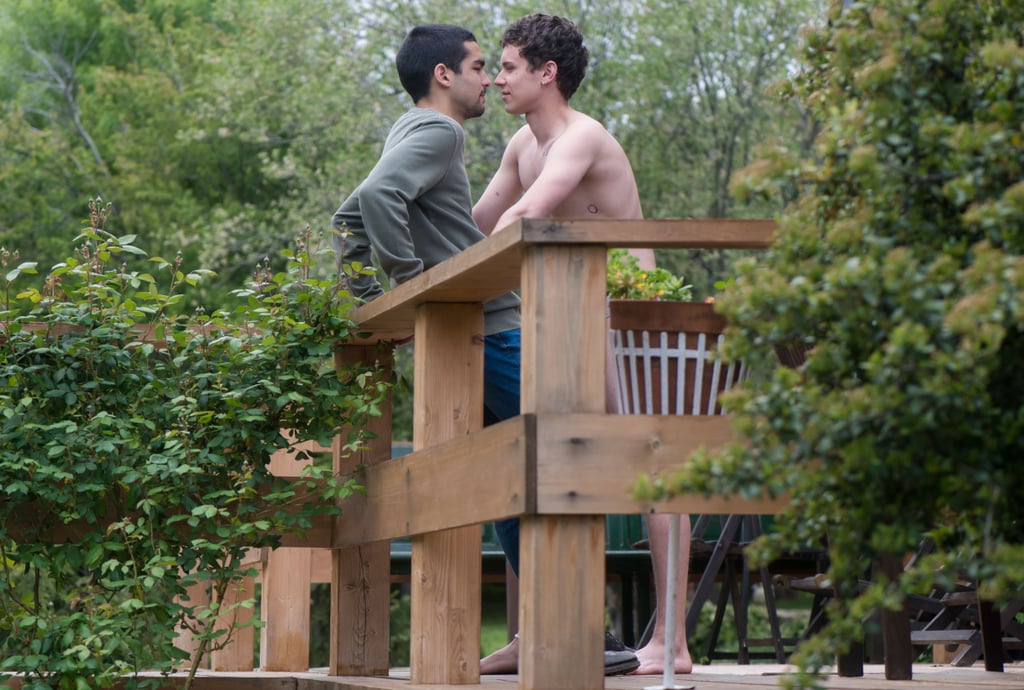 In this Netflix crime drama, three working-class teens displaced by an earthquake are enrolled in the most exclusive school in Spain, and the clash between the classes erupts into a battle that eventually turns fatal. Though a murder mystery at its core, Elite features same-sex relationships as well as heterosexual ones, such as the romance between Omar and Ander, which we actually get to see play out screen rather than just hear about.

Gift Guide
20 Gifts to Remember Schitt's Creek, Because We're Not Ready to Say Goodbye
by Monica Sisavat 10 hours ago

Netflix
Need to Talk About The Platform's Bizarre Ending? Let's Break Down What It All Means
by Stacey Nguyen 13 hours ago