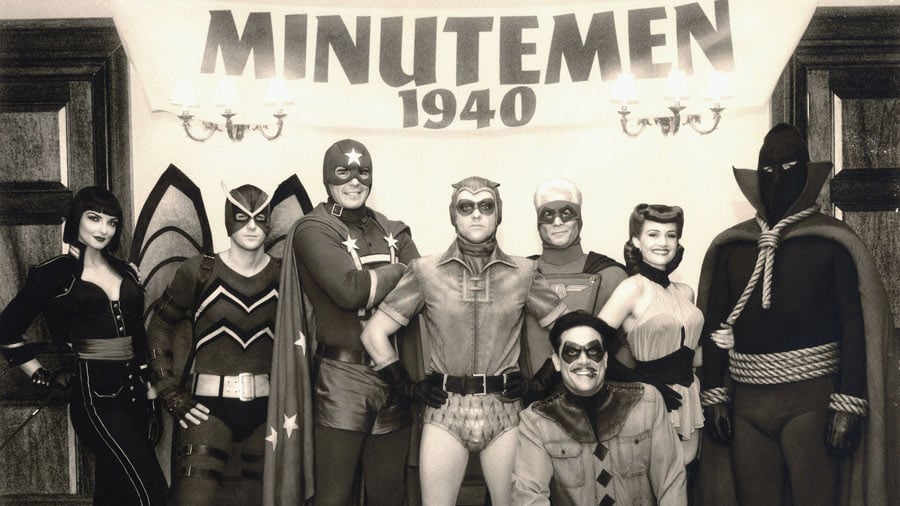 To understand the Watchmen, you must first look at the Minutemen. This was the predecessor superhero group, fighting crime in the 1940s. They appeared in the movie because there are members of this group whose successors are part of the Watchmen: the original Nite Owl (Stephen McHattie) and Silk Spectre (Carla Gugino) were Minutemen. By the events of the Watchmen movie, which take place in the 1980s, only Silk Spectre, Nite Owl and Mothman (Niall Matter) are still alive.

This group never came to fruition in the comics. Creators Alan Moore and Dave Gibbons always talked about doing the Minutemen as a prequel series, but it never happened.

Previous Next Start Slideshow
BooksTVMoviesWatchmen
Around The Web