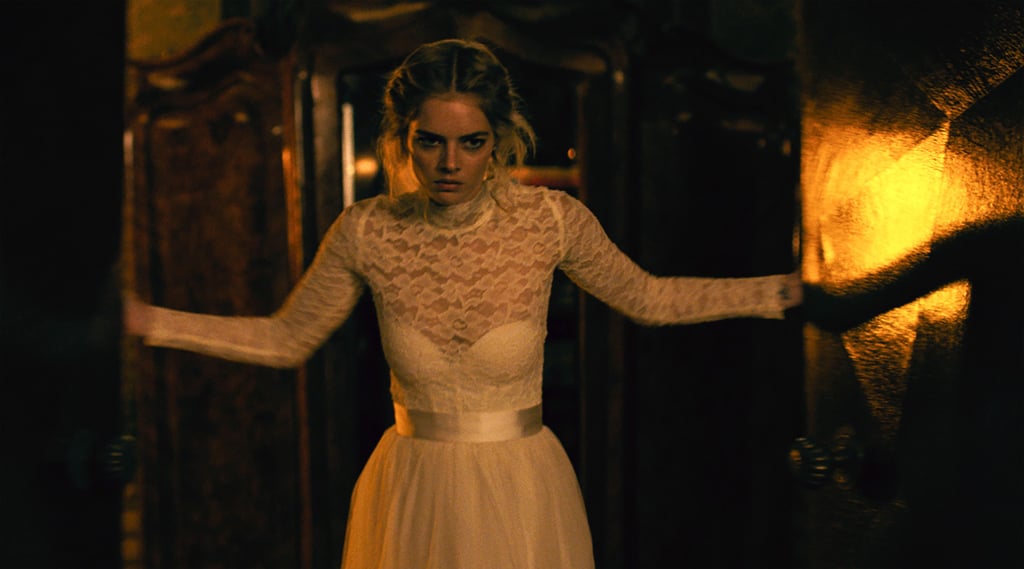 "I truly was not prepared for the horror-comedy masterpiece that is Ready or Not. The film, which hails from cowriters Guy Busick and Ryan Murphy and codirectors Matt Bettinelli-Olpin and Tyler Gillett, is a blood-splattered thrill ride as sharp as the point of the crossbow frequently aimed at the chest of the movie's heroine, Grace (Samara Weaving, in a star-making performance), who finds herself sucked into a demented game of hide and seek the night of her wedding. In addition to insane stunts and pulpy-red goop exploding left and right is a humorous edge that helps take to task not only the antiquated ideals of marriage but also the shallow moral code of the one percent. I desperately need more genre films like this."

Relationships
It's Official: Every Spider-Man Dates His Mary Jane
by Mykenna Maniece 1 day ago

Steven Yeun
We Don't Know Much About Jordan Peele's New Horror Film, but the Poster Offers Some Clues
by Kelsie Gibson 5 days ago

Netflix
Sexy Movies to Stream on Netflix in August, Because the Only Place You Should Be Is Indoors
by Corinne Sullivan 5 days ago