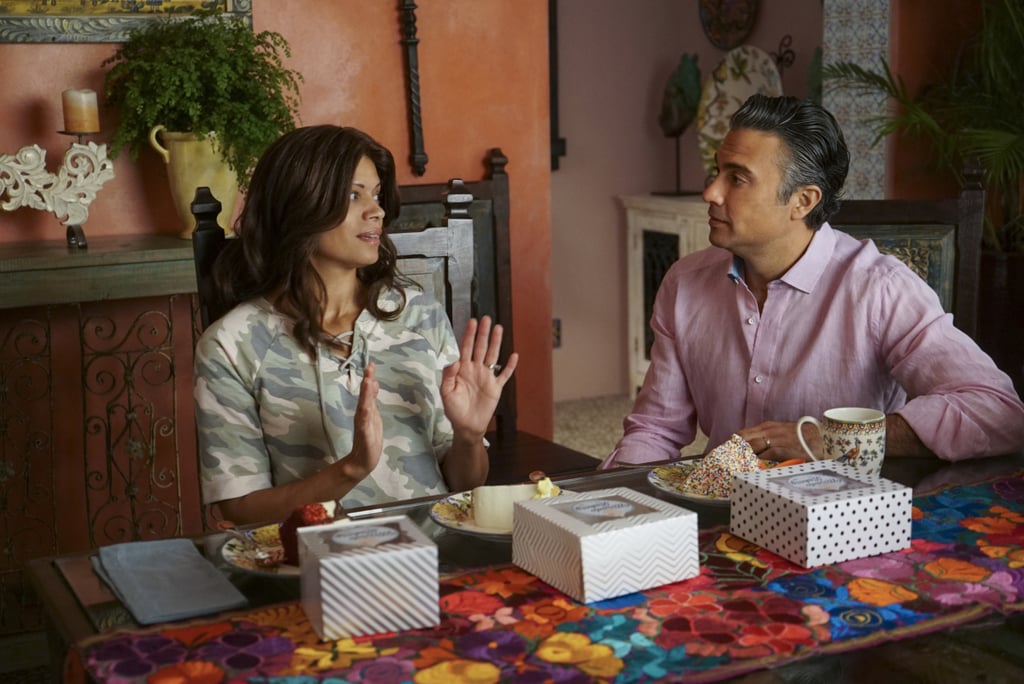 What Happens to Xo and Rogelio?

Although Xo agrees to move up north for Rogelio's sake, she spends most of the series finale struggling to come to terms with her choice. Seeing how sad her grandson is nearly convinces her to be in a long-distance relationship with Rogelio, coupled with the fact she's just gotten into the groove of her nursing program. But in the end, thanks to support from Jane and Alba, she knows she can't be apart from her husband and she needs to take a risk in a new place.

As for Rogelio, he finally succeeds in breaking through to American audiences after the pilot for This Is Mars is released ahead of the premiere. Not only does he gain millions of Twitter followers overnight, but new fans even recognize him on the street. It's what he's always wanted! The cherry on top is the fact that he and Rafael truly bond when, during the wedding ceremony, Raf calls him "Dad."

Previous Next Start Slideshow
Jane The VirginTV
Around The Web