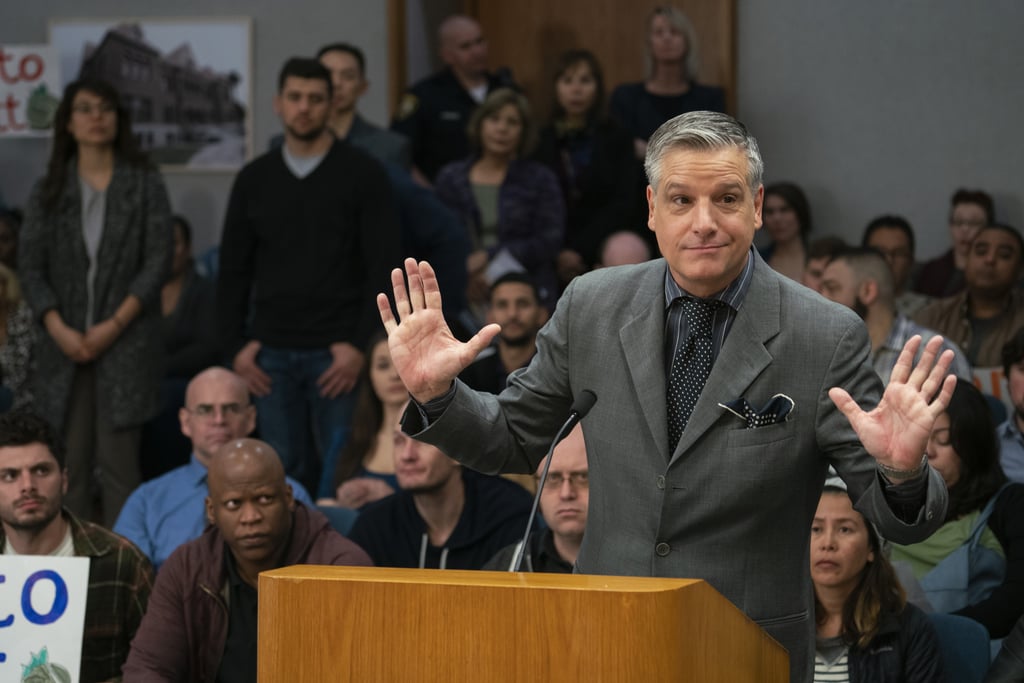 Dick Casablancas Sr. dies as a result of his own shenanigans and petty crimes. He begins the season pushing forward his initiative to "better" Neptune, which really involves him buying local properties to develop high-end businesses and push out low-income residents. He hires Perry Walsh to plant a bomb at the Sea Sprite as a way to scare the Ross family into selling their property — but it winds up killing four people, including Gabriel Flores.

Gabriel is actually the nephew of a Mexican cartel boss, who sends two of his hitmen, Dodie Mendoza and Alonzo Lozano, to avenge his nephew's death. When Big Dick reneges on a deal with Clyde Prickett, an ex-con who works as his fixer, Clyde reveals his hand in the Sea Sprite bombing to the hitmen. Dodie and Alonzo confront Big Dick in his house and kill him by decapitation.

Sofía Vergara
Not Ready to Say Goodbye to the Modern Family Cast? Here's What They're Doing Next
by Amanda Prahl 10 hours ago

Gift Guide
20 Gifts to Remember Schitt's Creek, Because We're Not Ready to Say Goodbye
by Monica Sisavat 13 hours ago

Netflix
Money Heist: Everything You Need to Know About Netflix's Hit — Except Part 4 Spoilers
by Amanda Prahl 1 day ago