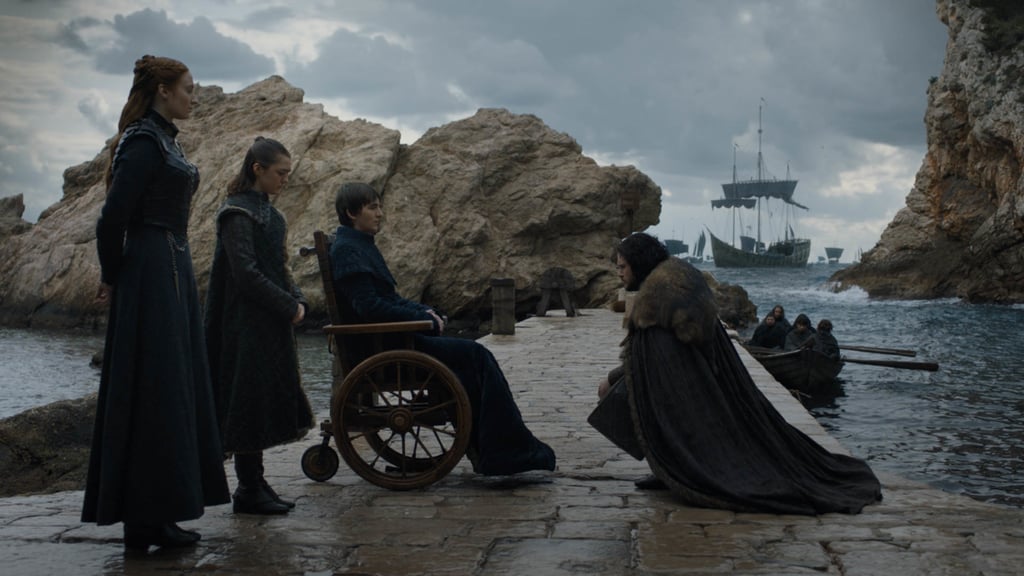 Grey Worm, having been named Daenerys's Master of War before her death, takes the Unsullied and the Dothraki with him to Naath. The episode ends as our remaining heroes leave King's Landing to go about their own lives. Jon says goodbye to Sansa and Arya, the latter of whom reveals that she plans to go explore "whatever is west of Westeros," because no one else has ever been there before.

The show closes with a montage that shows Arya sailing away on a ship, Sansa ruling over Winterfell as Queen in the North (as bad b*tches do), and Jon reuniting with Ghost and Tormund, heading north with the Free Folk. Bran reigns as King Bran the Broken (such a cringeworthy name, like wow), Leader of the Six Kingdoms with Tyrion by his side as his hand. The rest of his council includes Bronn (Master of Coin), Davos (Master of Ships), Sam (Grand Maester), and Brienne (Head of the Kingsguard). The game of thrones has finally ended and the wheel, seemingly broken for good.