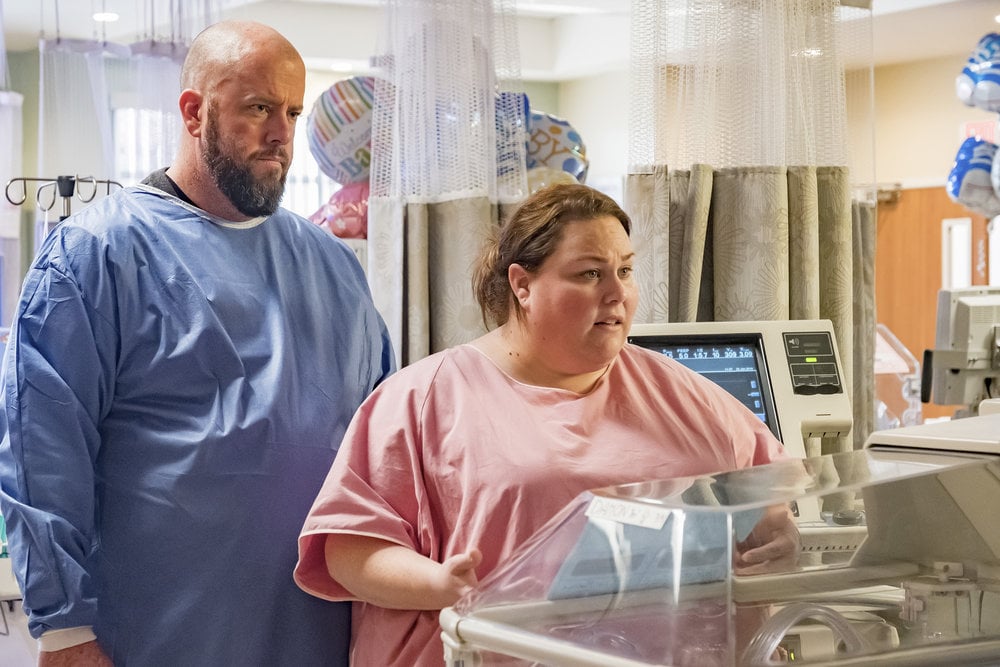 Not only does Toby arrive solo at Kevin's house, but he also isn't wearing a wedding ring. As he tells Randall that he brought the sidewalk chalk, he says that he just talked to his son Jack, and "they're on their way." Assuming that he's talking about Kate, it might mean they live separately now. Randall then tells Toby, "I'm glad you decided to come." Hmm, why wouldn't he come to support his wife? Unless, of course, they've been divorced for a while now.

Although, it could be that This Is Us writers didn't want to spoil the reveal that Toby and Kate adopt a baby girl named Hailey in the present-day timeline, so they didn't show Kate in the flash forward right away. In season five's ninth episode, we get a glimpse of a car pulling up, which could be Kate with the kids.