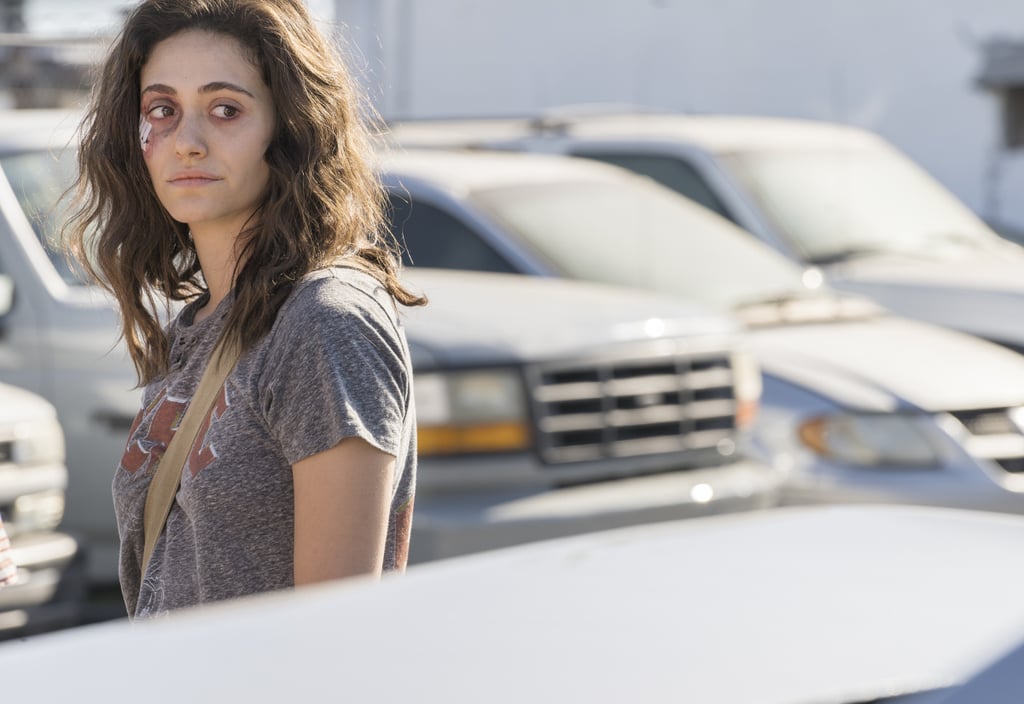 It's difficult to think about Fiona having to endure prison again, but given her recent car accident, her drinking habits, and her volatile behavior, it is possible that Fiona finds herself in trouble. We'd like to think this won't be the case, because Wells explained he wants fans to be pleased with her ending the way they were pleased with Ian's, but we're just putting it out there. I mean, she isn't the most law-abiding citizen we know, but we'd prefer to not see her go down that path.

When asked about the theme of Fiona's hopes and dreams blowing up in the midseason finale, Wells opened up about how it was slightly inevitable. "We like to talk about ourselves as a meritocracy as a country and I think it actually is really tough to get out of the world that you're born into," he explained. "We wanted to tell the story of Fiona's bit of hubris that went along with inexperience about financial matters, which is a very real way that a lot of people get into trouble — whether that be taking out additional mortgages because you thought that you could handle a rental property because the market was picking up and then it doesn't, or any number of things that happen to people when they're trying to get another step up the ladder . . . So a little bit of hubris, a little bit of flying too close to the sun, and so we think it's good storytelling and it carries us through a lot of the second half of the season."

Netflix
Selling Sunset: Someone Left the Oppenheim Group, and This News May Surprise You
by Hedy Phillips 21 hours ago

Netflix
While You Prepare For Trinkets Season 2, Remember That We're Not Getting More Episodes
by Amanda Prahl 1 day ago