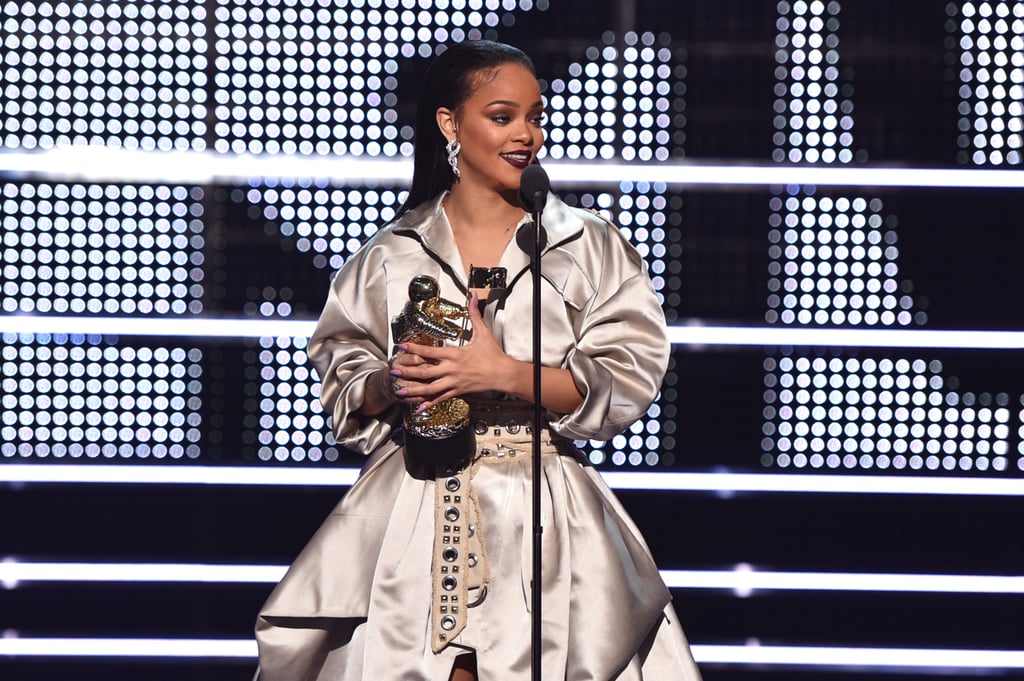 After she performed several medleys during the show, it was Rihanna's rumored on-again flame Drake who presented her with the Vanguard Award, and his speech was so gushy that many of us were waiting for him to get down on one knee and propose. Rihanna opened up about the "uncomfortable" moment in an interview in June 2018, saying, "I don't like too many compliments; I don't like to be put on blast."

Britney Spears
Britney Spears's 20th Anniversary Tribute to "Oops! . . . I Did It Again" Has Us in Our Feelings
by Brea Cubit 1 day ago

Celebrity Instagrams
Ben Platt Passionately Sings Adele's "All I Ask", and We Have Chills From That Vocal Range
by Brea Cubit 1 day ago

Music
Jessie Reyez's Debut Album Is Lyricism at Its Finest, and We Can't Stop Listening
by Brea Cubit 1 day ago

Dua Lipa
"Why Do I Love It So Much?" Our Reactions to Dua Lipa's Retro New Album, Future Nostalgia
by Brea Cubit 1 day ago