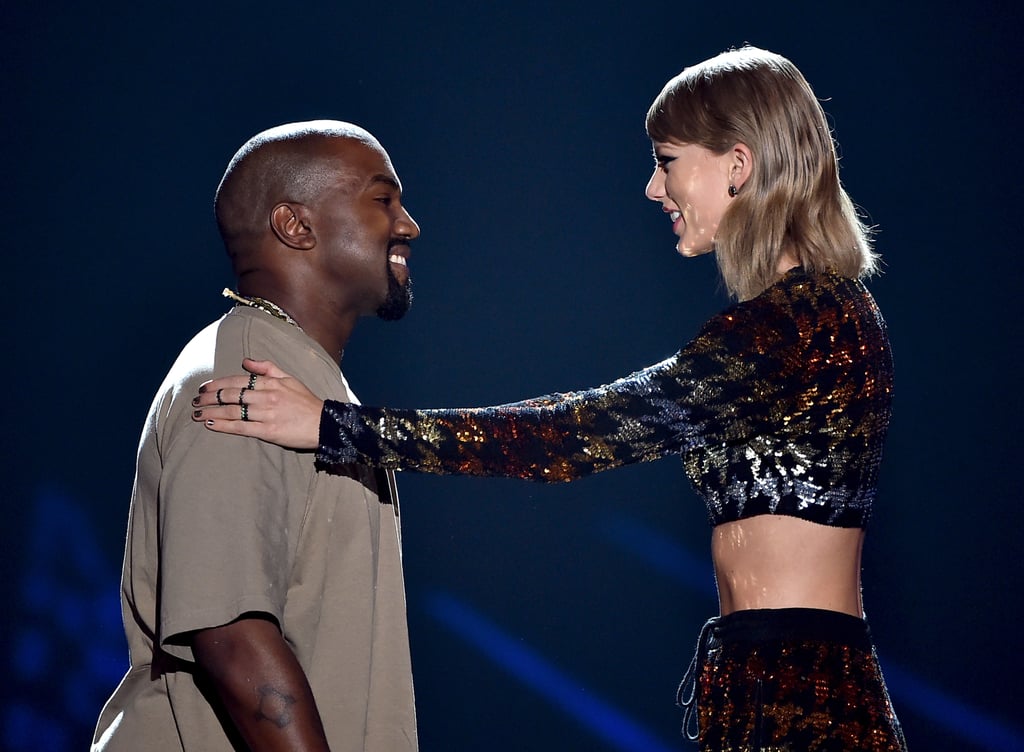 MTV surprised us all in 2015 when Taylor Swift presented her on-again, off-again nemesis Kanye West with his Vanguard Award. It was a full-circle moment from their "infamous encounter" at the show in 2009. Kanye went on to give a long and passionate acceptance speech in which he announced his plans to run for president in 2020 and railed against award shows and the entertainment industry.

Music
Music Mood Board: Bass-Infused Bangers That Put Your Speakers to the Test
by Brea Cubit 1 day ago

Oscars
Reese Witherspoon Thinks About Her 2006 Oscars Dress a Lot, and I Mean, How Could She Not?
by Yerin Kim 2 days ago

Nostalgia
The Cast of Blue Crush Just Reunited, and Suddenly, I'm Looking For a Surfboard
by Grayson Gilcrease 1 day ago

by Maggie Ryan 18 hours ago