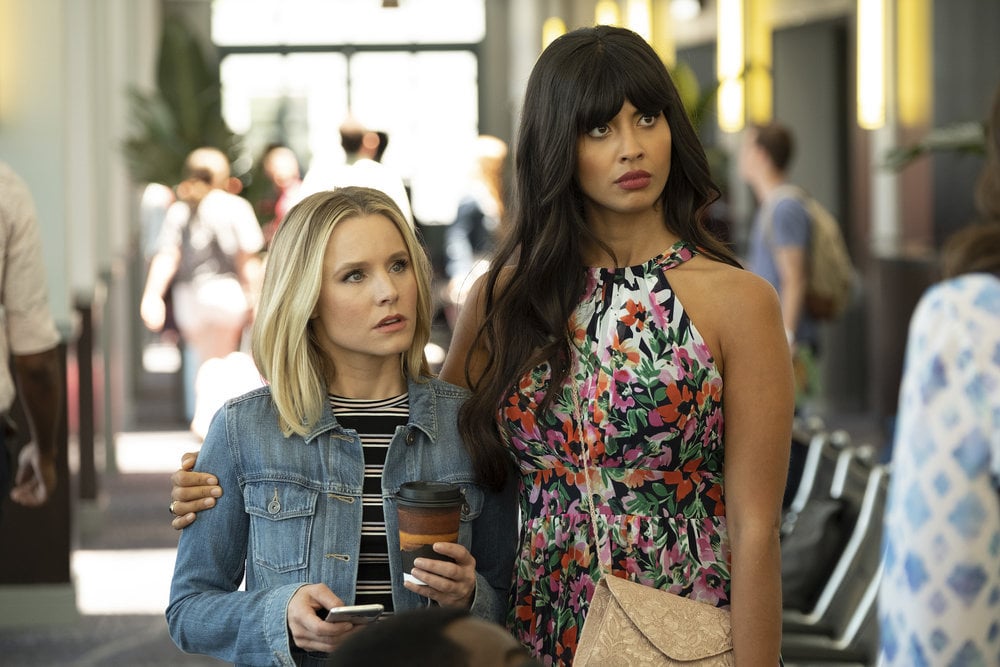 In season one, the relationship between two of the main female characters, Eleanor (Kristen Bell) and Tahani (Jameela Jamil), starts off a bit rocky. It seems as though the show is going to fall into the stale trope of having women be condescending and passive aggressive toward each other and end up fighting over a man. But when tempers flare between the two as they argue over who should be the recipient of their shared love interest's affection, Eleanor puts a stop to it, saying they're not going to be "those women who fight over a guy and find any excuse to rip each other apart." Preach.

A few seasons later, Eleanor and Tahani are great friends who often ask each other for advice and encourage each other. Not to mention, they're intelligent, strong-willed women who know how to assert themselves and be the ones to save the day. I'm tempted to include Janet (D'Arcy Carden) in the mix, but the whole "I'm not a woman, I'm a source of information" thing makes that a little tricky. But just for the record, Janet is also a powerful butt-kicking character who has Eleanor and Tahani's backs.

The Bachelorette
Quick PSA: Reality TV Doesn't Have to Turn Us All Into Mean Girls
by Kate Burba 14 hours ago

Schitt's Creek
Someone Reimagined Schitt's Creek as a Horror Series, and Wow, This Trailer
by Victoria Messina 14 hours ago

Netflix
As an Asian American, This Is Why BoJack Horseman's Diane Nguyen Matters to Me
by Stacey Nguyen 15 hours ago