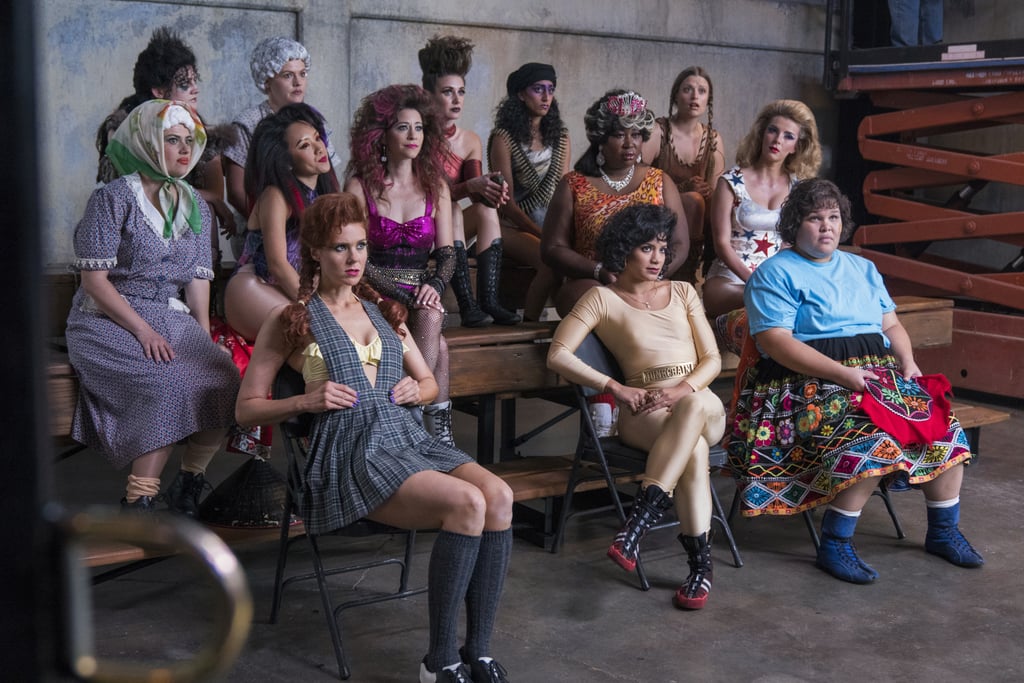 There are many reasons why Netflix's GLOW is a treasure trove for female representation. It's a show about a group of women becoming amateur wrestlers during the 80s by the same creative genius that helms Orange Is the New Black, so there's no doubt its a treat. With a genuinely diverse cast, GLOW gives us complex relationships between women who would generally not interact with one another at all. Women from all walks of life who have committed to this singular job for different reasons. The bonds they form with one another are varied in their intensity but fascinating to watch. Whether it's best friends being torn apart by betrayal or the former soap opera actress bonding with the working single mother, GLOW shows how quickly strangers can become a family under the right circumstances.

The Bachelorette
Quick PSA: Reality TV Doesn't Have to Turn Us All Into Mean Girls
by Kate Burba 14 hours ago

Netflix
As an Asian American, This Is Why BoJack Horseman's Diane Nguyen Matters to Me
by Stacey Nguyen 15 hours ago