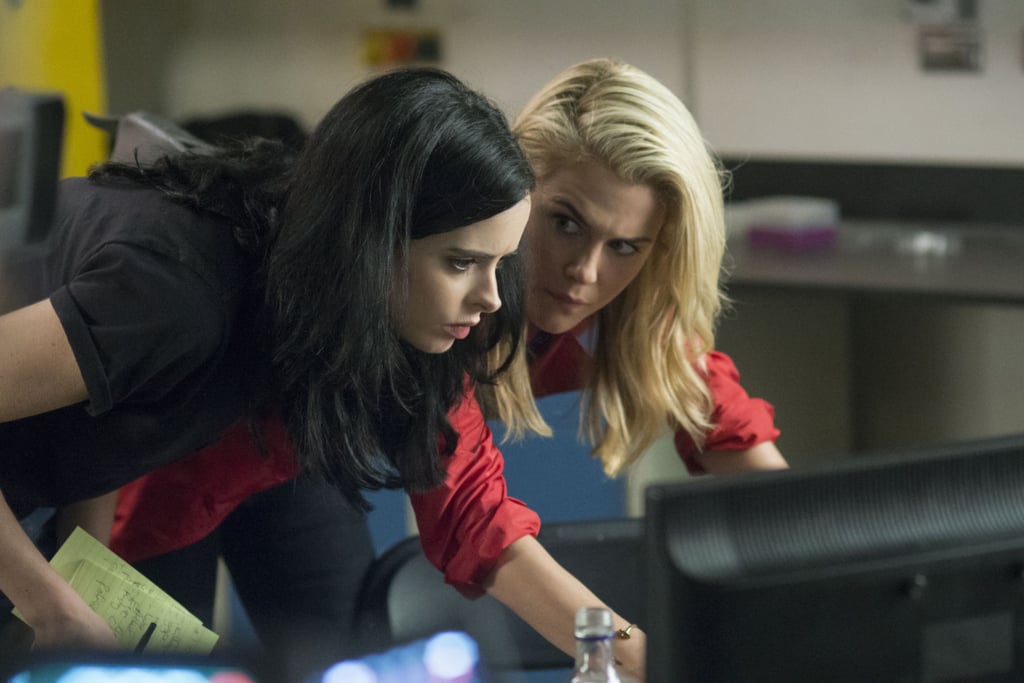 Marvel's Jessica Jones takes a dark, supernatural premise and turns it into a triumph of female strength and love. Both Jessica (Krysten Ritter) and her adopted-sister-slash-BFF Trish (Rachael Taylor) have suffered abuse and estrangement, but over the course of the show's three seasons, they increasingly allow themselves to rely on one another and end up fighting side-by-side to the bitter end. They are strong and they are dysfunctional, but mainly they're two great friends who understand each other better than anyone else in their universe does. Oh, and when they do resort to talking about boys, it's mostly about how to kill them.