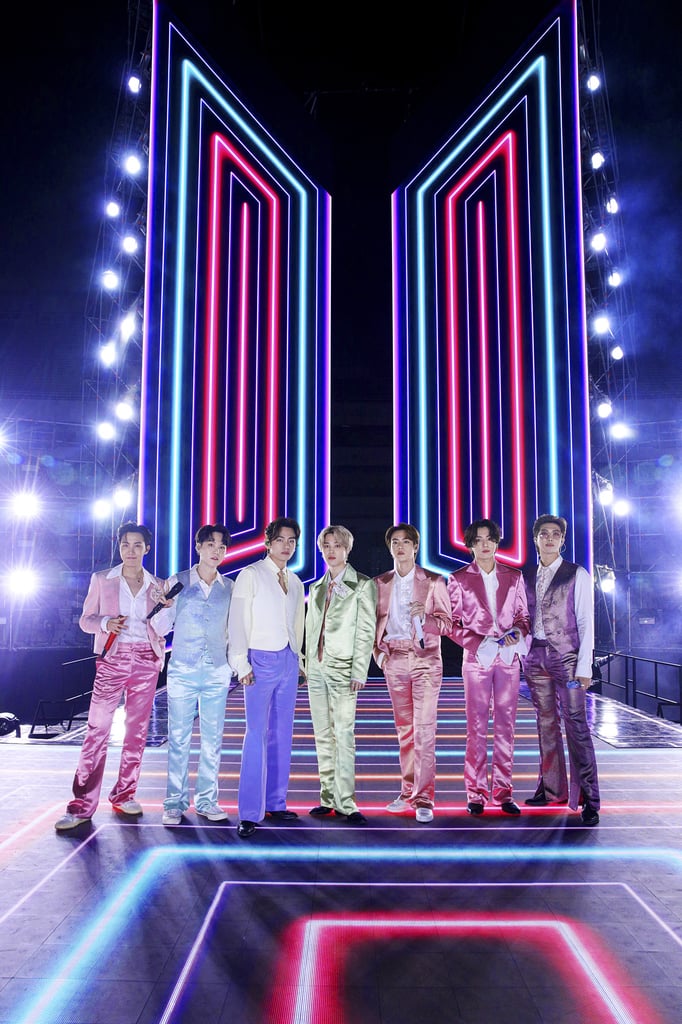 Fresh off the release of their latest music video for "Life Goes On," BTS took over the American Music Awards stage for some fun! The boys began their performance rocking matching black-and-white ensembles, soothing the crowd's soul with a beautiful rendition of their latest hit. Then, the septet broke out the neon waistcoats and flare pants to get us moving and shaking along to "Dynamite." We love a group that knows how to rock pastels and keep that coordination on lock!

The K-pop band nabbed two nominations, including the nod for best social artist (which they've already won two years in a row) and favorite pop group. Unsurprisingly, they won the latter! Check out photos from their dynamic performance ahead.