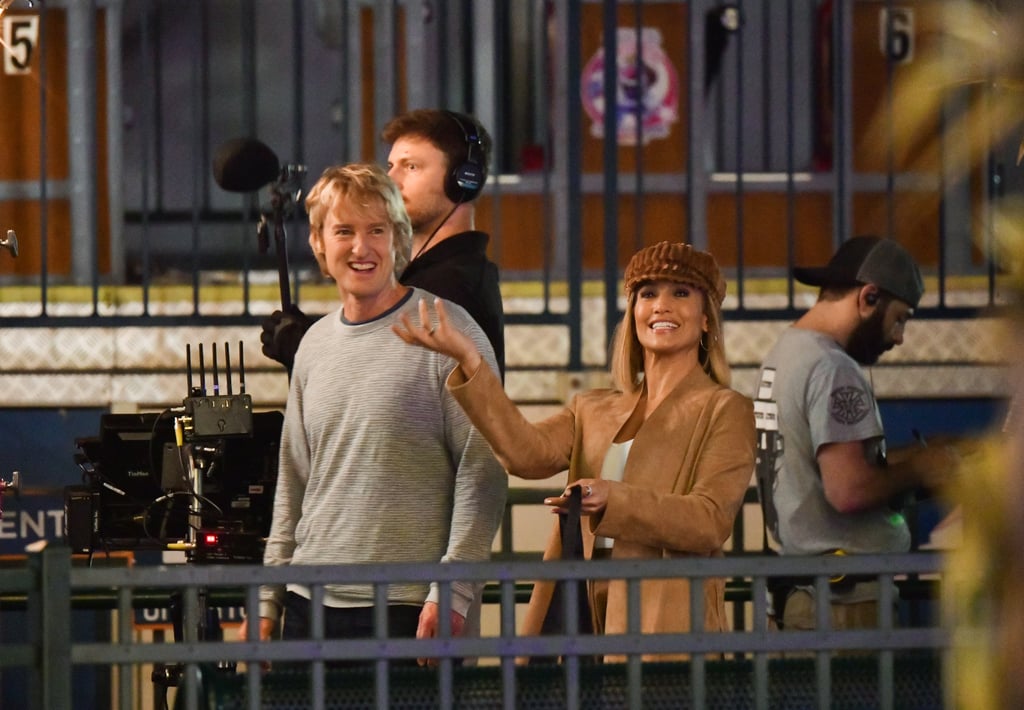 Production for Marry Me is well underway, and can we just take a moment to talk about the star-studded cast? The musical comedy stars Jennifer Lopez, Owen Wilson, Sarah Silverman, Chloe Coleman, and John Bradley, and marks Maluma's first feature film. The movie is based on Bobby Crosby's novel of the same name and is described as a cross between Notting Hill and A Star Is Born. It centers around Lopez's character finding out that her fiancé (Maluma) has been cheating on her with her assistant and her going on to marry a random crowd member (Wilson) instead. Lopez and Maluma recently gave fans a glimpse of what to expect when they surprised concertgoers with a duet of "No Me Ames," which she originally recorded with ex-husband Marc Anthony, in NYC. The performance will actually double as a scene in the rom-com. See more behind-the-scenes moments ahead before the movie drops in 2020.