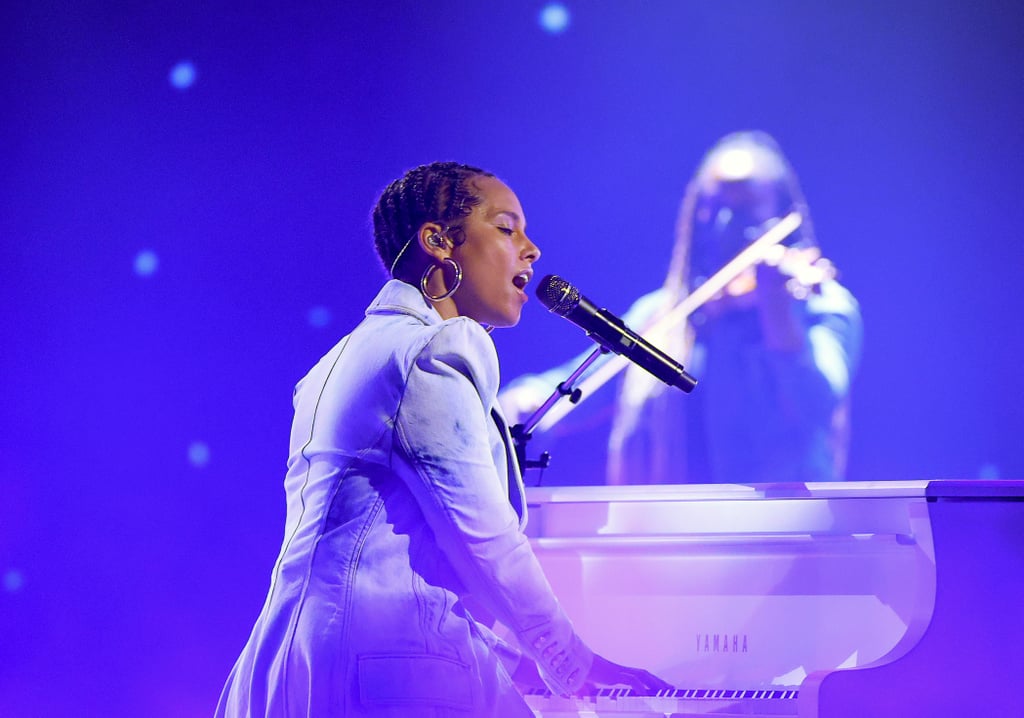 Something about Alicia Keys's voice always soothes our soul. On Sunday, the singer gave a beautiful performance during the Billboard Music Awards, which was perfectly introduced by Michelle Obama. Celebrating the 20th anniversary of her debut album, Songs in A Minor, Keys sang a medley of some of her greatest hits from the album. Crooning songs like "A Woman's Worth" and "Fallin'" at various pianos on stage, Keys showed off her incredible voice as she hit all the right notes. Needless to say, this performance is making us super nostalgic and taking us right back to 2001, when we would blast her debut album in our rooms. Watch a clip of her amazing performance above.

Music
BTS Just Released Another "Butter" Remix, So Happy Holidays to Us All
by Monica Sisavat 2 days ago

SZA
SZA, I Love You For Officially Releasing "I Hate U"
by Naledi Ushe 2 days ago