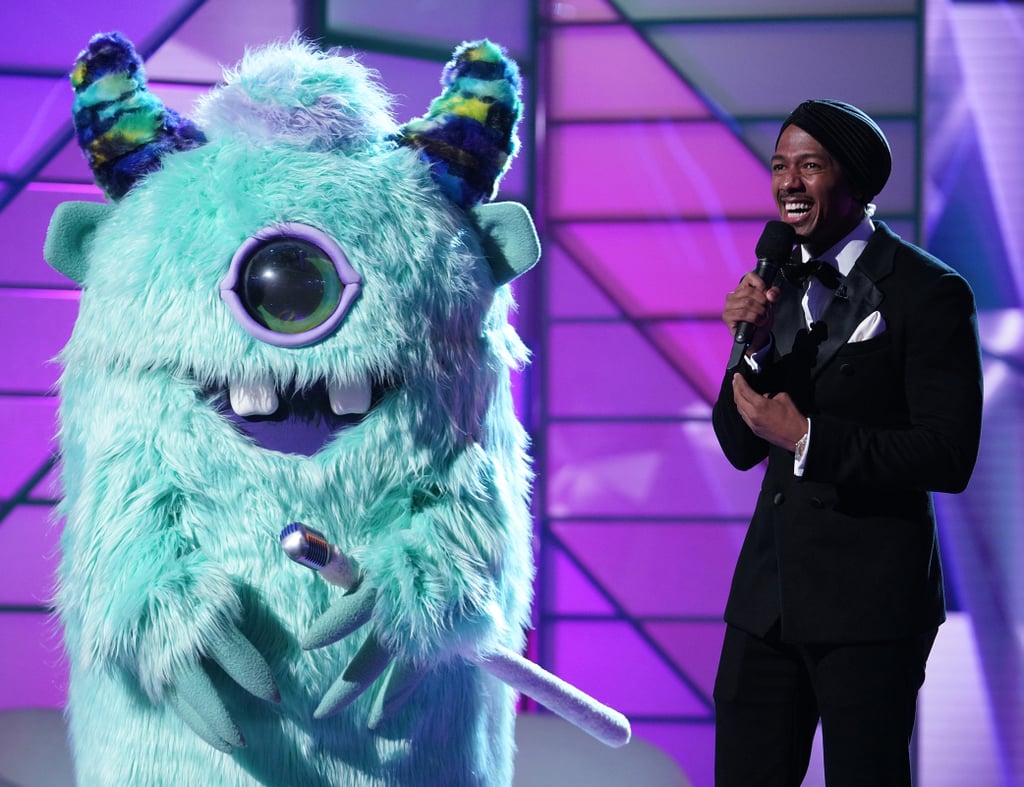 Warning: spoilers for the season finale of The Masked Singer below!

After a long, bizarre few weeks of guessing which celebrities were behind the furry, colorful, outlandish costumes on The Masked Singer, the singing reality competition has finally crowned its winner: T-Pain!

Despite becoming famous for being a rapper fond of autotune, the 33-year-old "Buy U a Drank" musician is actually a very, very talented singer, as evidenced by his many performances on the show. (We also highly recommend checking out his gorgeous appearance on NPR's Tiny Desk Concert series.) Although he told E! News that he felt like he "was in a damn fever dream" when they announced he'd won, he also explained why he feels just a little bit guilty.

"That was a strange feeling! I felt so bad, I did not want to win, but I felt good winning. But, you know, it came with a price," T-Pain said, referencing his win over music industry icons Donny Osmond (the Peacock) and Gladys Knight (the Bee). "Winning! Like, what?! Did that just happen? I didn't think I was going to get [past] the first episode, so getting that far and doing all that, oh man, I didn't know what the hell was going on. I just went with it . . . But it worked out, I loved it."

While it might seem like the heavy burden of keeping the secret for so long and the physical burden of wearing that hefty blue costume would be annoying for most people, the Grammy winner has taken it all in stride, revealing that he was initially attracted to the idea of competing because he's always been interested in the characters who roam around amusement parks. "Now I don't have to wonder anymore," he said. "One thing off my bucket list!"

T-Pain also noted that he viewed the reality show as a way to get his voice out there on a different "platform" and that he hopes the show will teach people not to "judge celebrities just because you think you know them." He added:

"Don't think you know what they can do, look deeper into the actual person and not just their single. [Laughs.] It would be great to just have a broader view on things. What I want people [to] walk away thinking of me is I don't take myself super seriously, I can have fun in a stupid-ass costume, and I just want people to know I've got something in there. I've made all these hits all these years, got to have some kind of talent under there."

Read the full interview with T-Pain over on E! News, then keep scrolling to see the best moments from his big reveal on Wednesday night's finale.

Related:
The Masked Singer: A Winner Has Been Crowned! Find Out Who Was Under the Masks All Along
0
previous images
-20
more images
Previous Next Start Slideshow
TVT-PainReality TVThe Masked Singer
Around The Web

Netflix
13 Reasons Why: A Quick Reminder That Monty Is Out of the Picture
by Corinne Sullivan 2 days ago

Fuller House
Fuller House: Here's Where Everyone Ends Up in the Heartwarming Finale
by Kelsie Gibson 4 days ago