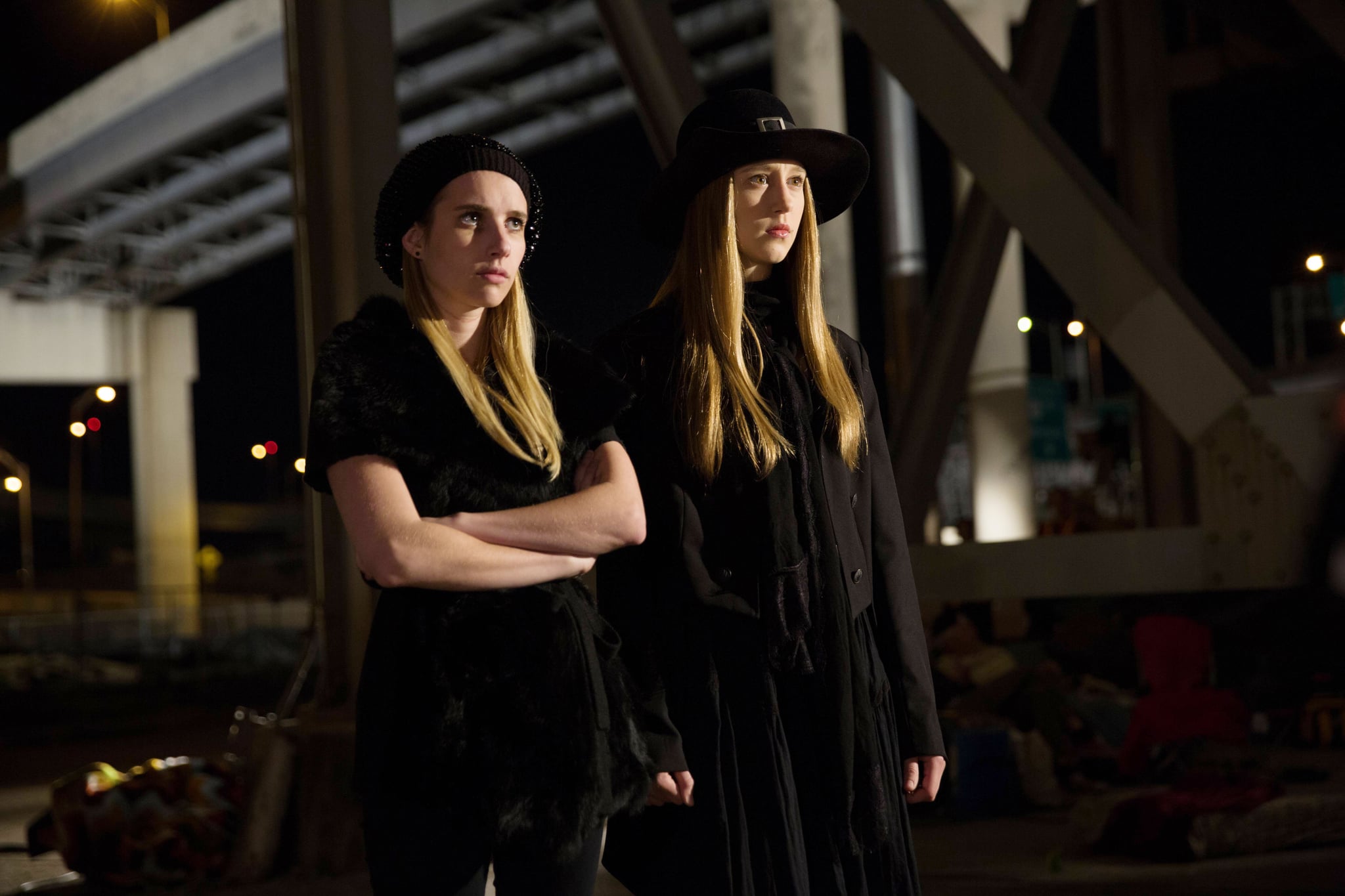 Excitement for American Horror Story's upcoming eighth season is at an all-time high. Most recently, creator Ryan Murphy proclaimed that the new installment would be the Murder House and Coven crossover that's been on the books for quite some time. Shortly thereafter, Emma Roberts revealed that she would return in a familiar role; she'll be back as Madison Montgomery, the b*tchy witch from Coven whose first power is vindictive telekinesis. Granted, we expected a lot of returning characters on the crossover season, but Madison was not one of them. Why? Because she's dead by the end of Coven's season.

For those of you scratching your heads, we're going to do a brief recap of Madison's story. As you might remember, Fiona (Jessica Lange) slits her throat early on in the season, suspecting that she might be the new Supreme. With the help of Misty Day (Lily Rabe), the witches manage to resurrect their sister. In the final episode of the season, Madison dies again. Each of the witches has attempted the Seven Wonders in order to prove they're the next Supreme. When Zoe (Taissa Farmiga) attempts transmutation, she accidentally ends up impaled on an iron fence outside. Madison refuses to use Vitalum Vitalis to resurrect her. Instead, Madison vows to fly back to Hollywood and expose the coven to the media.

Franken-Kyle (Evan Peters) is devastated that Madison has let Zoe die, so he naturally strangles her to death. Spaulding (Denis O'Hare) helps Kyle get rid of the body, noting that Madison is already half-packed and no one will realize she's dead. And that's really the last we hear of her.

So, yeah, Madison is technically dead at the end of Coven, but I mean, she's already been brought back once. It seems like it would be pretty easy for her to come back again . . . should her sisters decide she's worthy. For what it's worth, her presence would obviously be a great way to shake up the new season, and with her possible connection to the Murder House Montgomery family, it seems she may just be a very crucial piece of the puzzle . . . even though we did really think we'd seen the last of her.

Summer
In a TV Rut? These 34 New Shows Are Premiering All Throughout Summer 2021
by Amanda Prahl 1 day ago