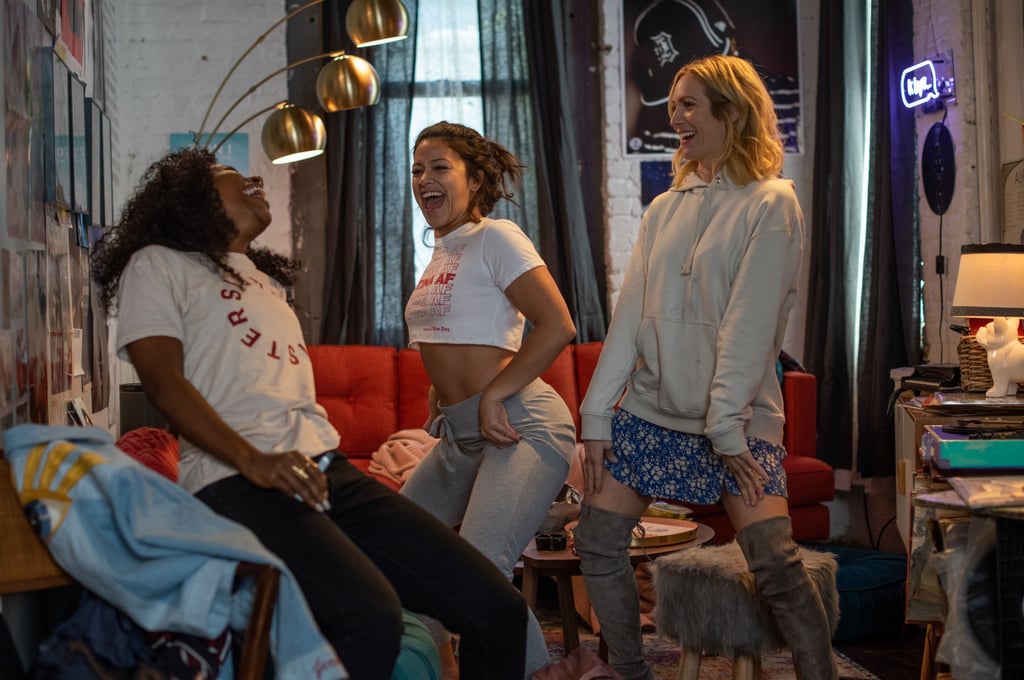 Someone Great Is Great, but the Soundtrack? Even Greater

The Netflix rom-com Someone Great hit the streaming platform this month, and along with a relatable storyline and fun, talented cast, the movie also has a banging soundtrack. Starring Gina Rodriguez as Jenny, a music journalist who gets dumped by her boyfriend just a week before she's set to relocate from NYC to San Francisco for her dream job, the film follows the heartbroken main character as she aims to have one last epic girls' night out before the big move.

She's Gotta Have It star DeWanda Wise and Pitch Perfect actress Brittany Snow are perfectly cast as Jenny's best friends, acerbic commitment-phobe Erin and type-A romantic Blair, respectively. The BFFs drink, dance, and gallivant around NYC to a mix of throwback jams and current indie favorites. One of my favorite music-led scenes is Jenny and Erin dancing to Lizzo's "Truth Hurts" in her apartment — because who hasn't twerked in their underwear after downing half a bottle of whiskey on a Friday morning? — but some other memorable moments come courtesy of Blood Orange, Jessie Reyez, The Aces, and Selena. Scroll through to see all the songs featured in Someone Great, and slam the play button on the Spotify playlist at the end.

Related:
6 Brand-New Original Romantic Comedies You Can Catch on Netflix This Year
Previous Next Start Slideshow
MusicMoviesMovie SoundtracksPlaylistSomeone Great
Around The Web

Music
We Didn't Expect to Love Billie Eilish and Rosalía's Collab This Much, but Here We Are
by Monica Sisavat 2 days ago

Music
MILCK Is Combating Racial Injustice Through Music: "Our Country Needs to Evolve and Heal"
by Monica Sisavat 3 days ago