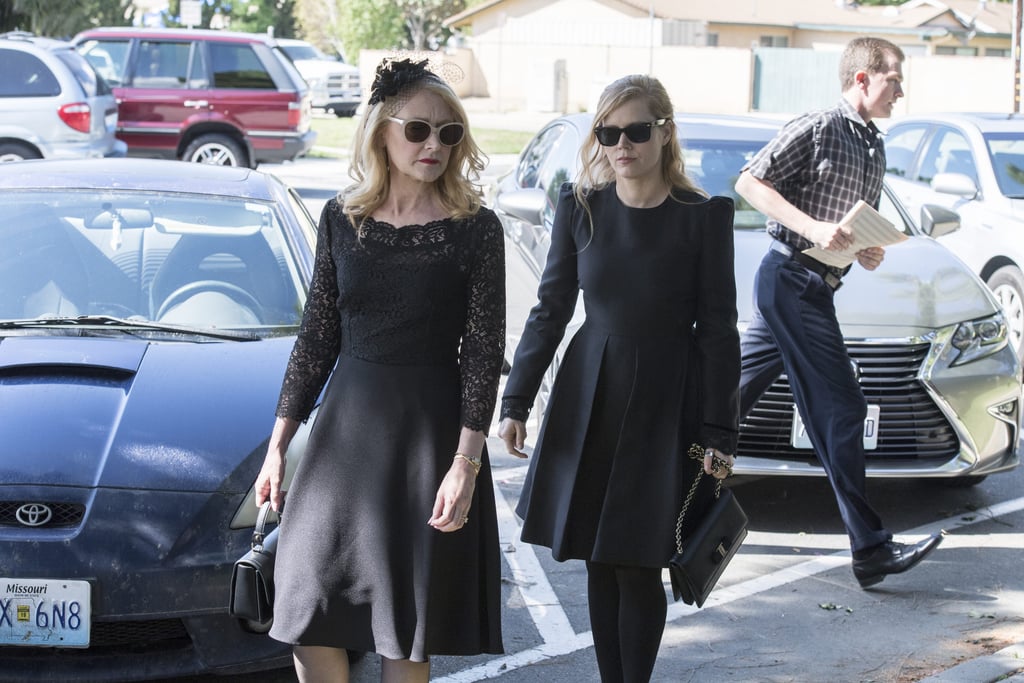 With every passing week, HBO's dramatic miniseries Sharp Objects crosses even closer into absolute sh*tshow territory — in the best way! Fans pegged Amy Adams's performance playing complicated journalist Camille Preaker as Emmy-award material after a single episode, and after the show's sophomore installment, the obsession is stronger than ever.

By episode two, the protagonist's hometown of Wind Gap, MO, has already experienced several brutal child deaths and is plagued by rumors of a vengeful "woman in white" who murders kids in the woods . . . yet somehow, it's Camille's fraught relationship with her narcissistic, virtue-signaling mother (Adora) and two-faced half-sister (Amma) that really fills you with dread. If you ever worry that your family is a touch dysfunctional, a dose of this show will probably make you feel like a wholesome member of The Brady Bunch.

Related:
12 Shows to Watch If You're Already Obsessed With Sharp Objects

Between Camille's obvious alcoholism, Amma's shadiness, Adora's self-absorbed method of grieving, and the entire town of Wind Gap's dreary nature, there is a whole lot for fans to freak out about during episode two. Ahead, relive the episode through their passionate reactions!

Red Carpet
The Pogues Reunite at the MTV Movie and TV Awards, and Damn, They Look Good
by Monica Sisavat 19 hours ago