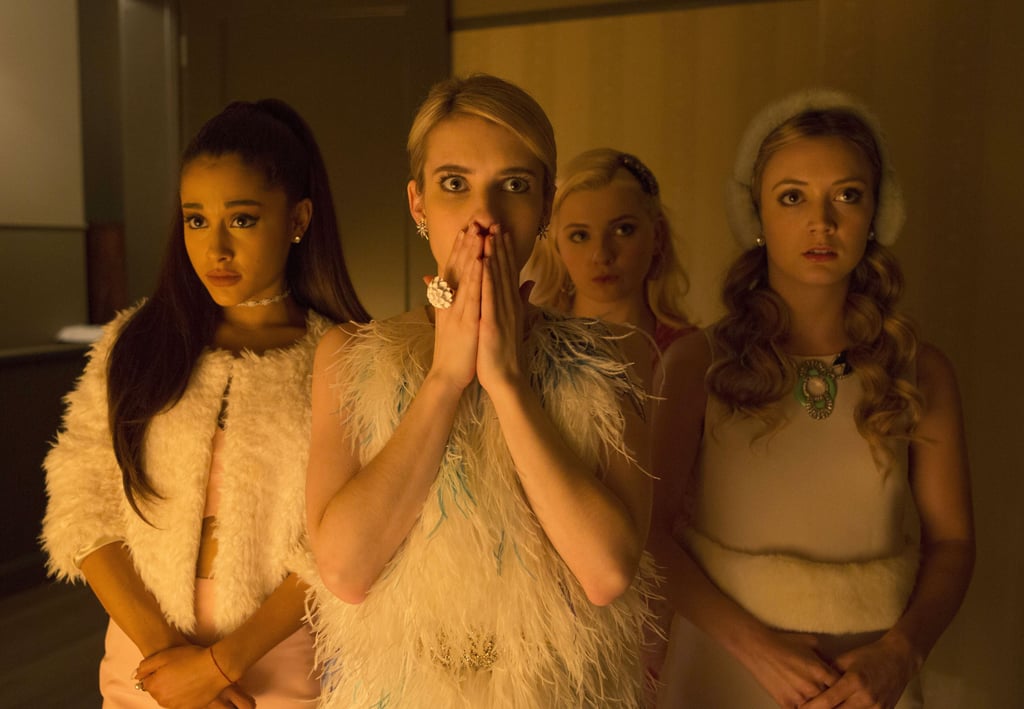 Scream Queens quickly took over our Tuesday nights last year, and we can only assume that season two of the horror-comedy will do the same. With October 31 on its way, why not let Scream Queens take over Halloween, too? The hit Fox show has so many great looks worthy of this year's costumes, whether you're heading out with a group or going solo. Chanel Oberlin and her Kappa Kappa Tau minions and the air-headed Dickie Dollars Scholars are totally easy costumes to re-create — and if you're feeling really ambitious, you can even go as Lea Michele's sweet-yet-sinister character, Hester, or the unspeakably scary Red Devil himself. On top of that, season two's hospital-themed ensembles are really something to behold, so scroll through to get all the best Scream Queens costume inspiration you could possibly want. Don't forget to check out even more ideas from our massive pop culture costume roundup, either.

Julia Louis-Dreyfus
If You're Not Excited About THAT Falcon and the Winter Soldier Cameo, You Should Be
by Grayson Gilcrease 2 days ago

Younger
Younger Is Back For Its Final Season, but 2 Big Characters Won't Be Along For the Ride
by Kelsie Gibson 3 days ago