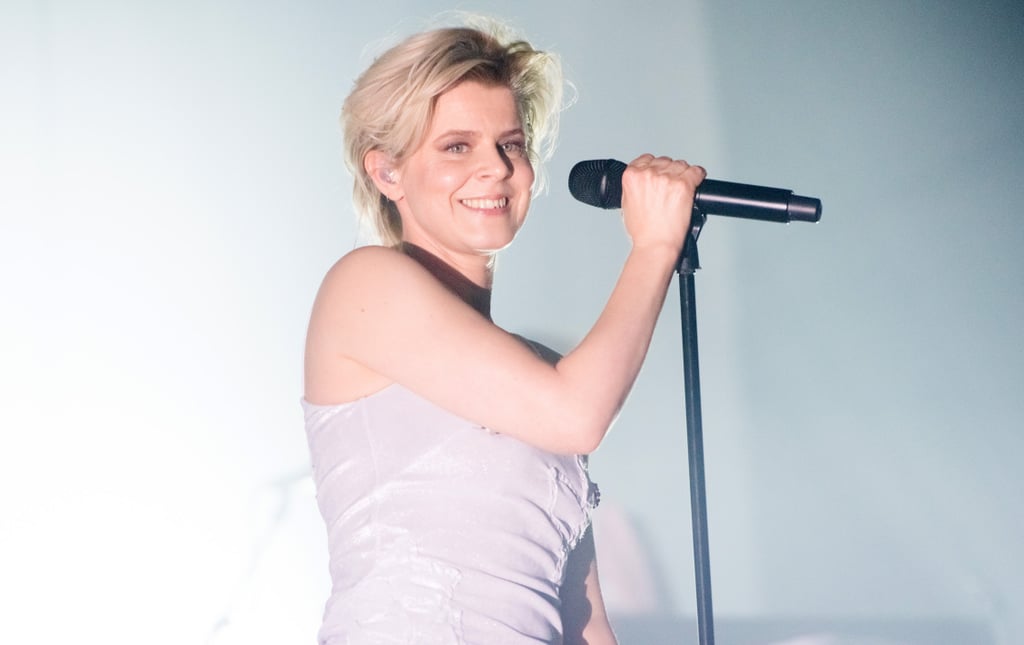 Until last night, I'd never seen Robyn in concert before. After last night, I will see Robyn in concert again, as many times as I possibly can. The Swedish pop star returned to the stage on Feb. 22 for the first date on her world tour as part of the Red Bull Music Festival in Hollywood. And she was greeted by an overjoyed audience ready to be raptured to the pop goddess's personal dance-music heaven.

Before Honey, it had been eight years since Robyn released an album. In the gap between, she suffered the kind of personal blows that can derail a career and a life: the death of one of her closest musical collaborators and the breakup of her long-term relationship. So, from the moment she became almost, sort of visible on the all-white, space-age stage of the Hollywood Palladium — concealed partly by a curtain of gauzy fabric — the mood was triumphant. Did we mention she appeared in silver go-go boots and a dress festooned with ruby-jeweled nipples? She did that.