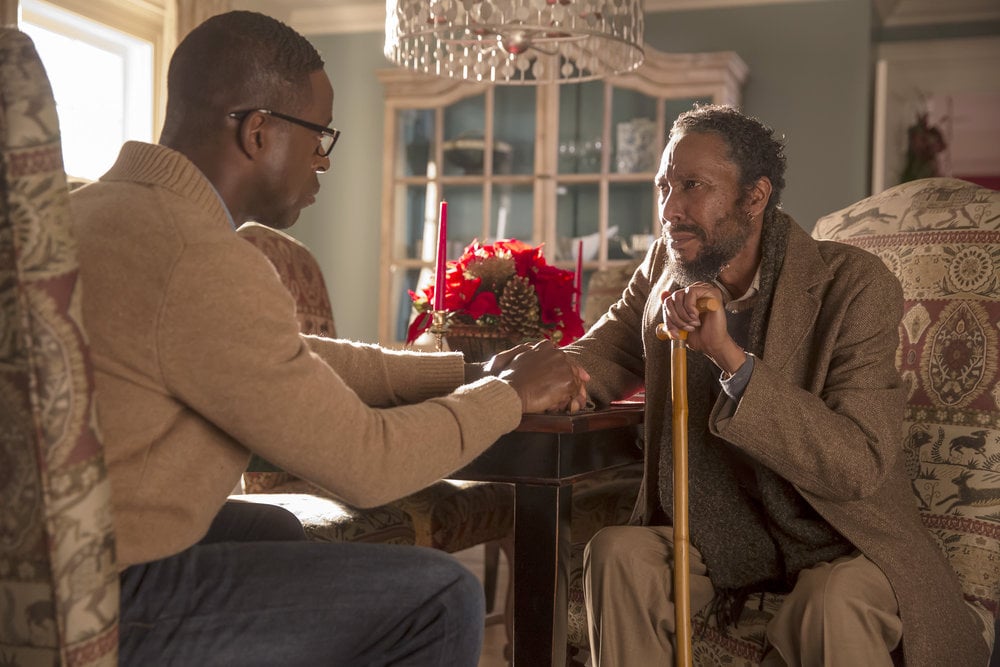 This Is Us is known for making us bawl our eyes out, but the latest episode really took the cake. After teasing it all season long, Randall's biological father, William, lost his battle with cancer during Tuesday night's episode. While the cast was certainly emotional about the beloved character's bittersweet goodbye, some of the best (and most relatable) reactions came from the fans. See some of the best moments on social media right here.

This is the most perfect episode of television that I have EVER seen. #ThisIsUs

This episode is brutal. It's beautiful.... But dang.... It's brutal #ThisIsUs

"I want them to remember looking up at me, not down"#ThisIsUs pic.twitter.com/FFtEW90IUF

WILLIAM PAYING HIS RESPECTS TO JACK I AM DONE @NBCThisisUs #ThisIsUs

5 minutes into #ThisIsUs and already crying. This is gonna be fun!

How am I supposed to deal with Jacks death if I'm still emotionally drained from Willams death. #ThisIsUs pic.twitter.com/XPVthFQ9uG

Never have I ever loved a character as much as William. My heart feels a little broken, and my living floor a little flooded. #ThisIsUs

Sobbed uncontrollably at William's death on #ThisIsUs, I have no clue how to prepare for Jack's. Will there be grief counseling for fans?

trying to take deep breathes right along with Randall and William.. i just can't😭😭 #ThisIsUs

Damn, #ThisIsUs broke me down last night. Beautiful story, and excellent #writing but man, was that upsetting. pic.twitter.com/UGrTFJy5M5

Related:
9 Ways We Thought Jack Was Going to Die on This Is Us
Image Source: NBC
This Is UsTV
Around The Web