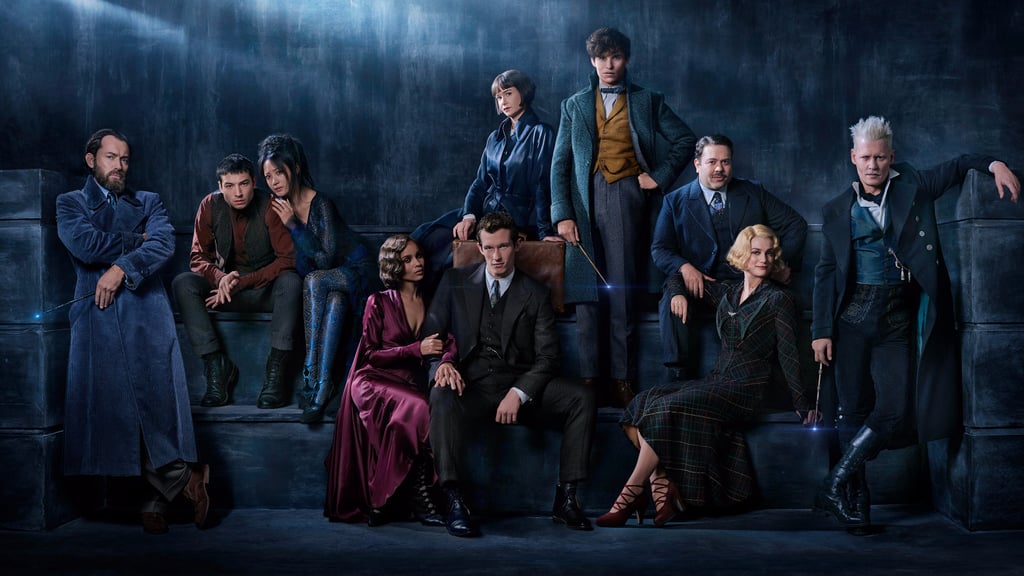 To say the first photo from the Fantastic Beasts and Where to Find Them sequel — which has officially been titled Fantastic Beasts: The Crimes of Grindelwald — is magical would be an understatement. The image features almost everyone from the large ensemble cast, from Newt Scamander (Eddie Redmayne) to Gellert Grindelwald (Johnny Depp). Among the returning faces, however, are a few new additions. If you're wondering who the mysterious woman next to Ezra Miller's Credence is, or want the lowdown on that guy who looks a hell of a lot like Newt, you're definitely not alone. Let's break down each of the new characters!

Golden Globe Awards
The Golden Globes Do Have a Live Audience, but It's Not Who You Might Think
by Amanda Prahl 11 hours ago