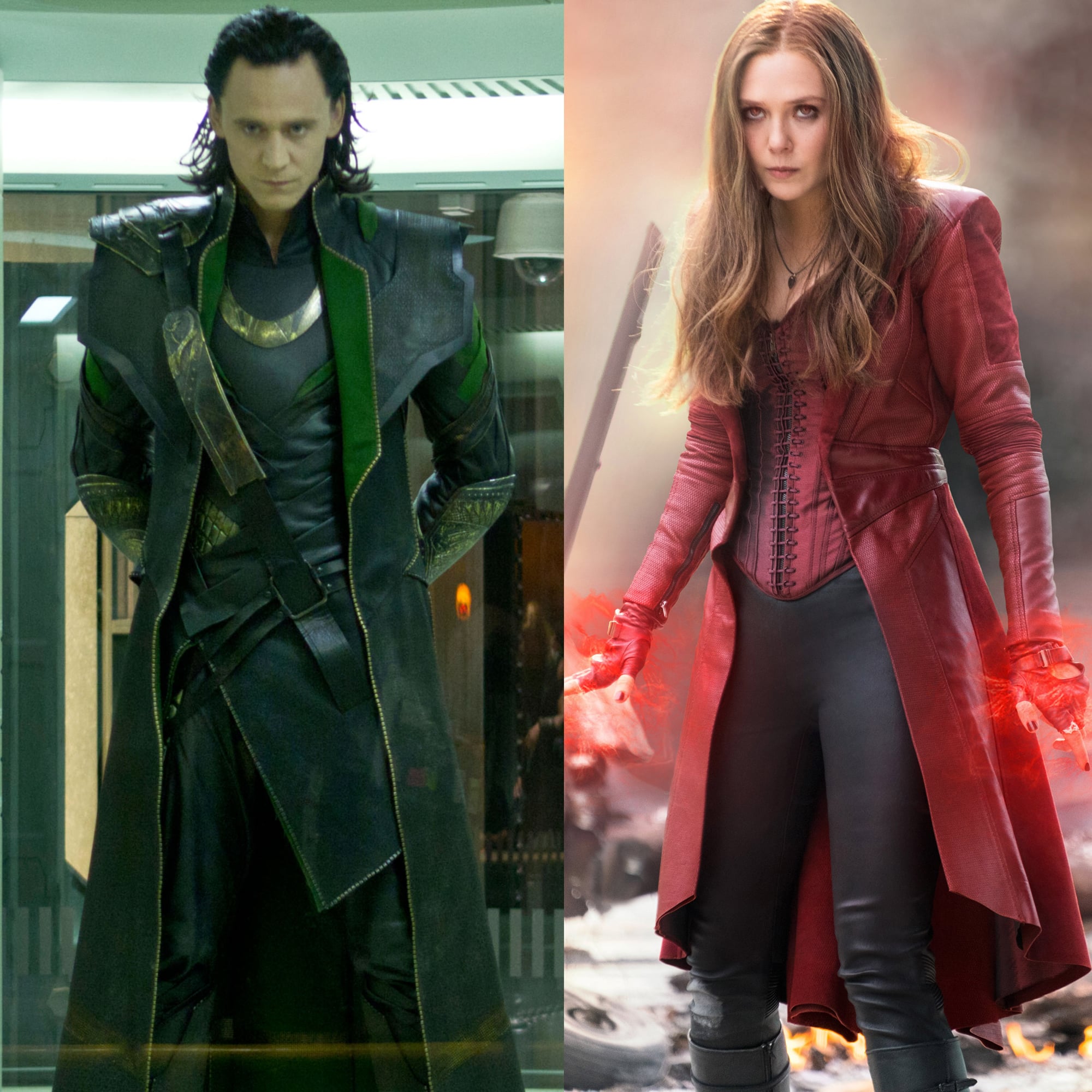 Rumor has it Marvel's Loki and Scarlet Witch are moving to the small screen. Variety reports that Disney plans to bring characters from the Marvel Cinematic Universe to its new streaming service, starting with the two Avengers favorites. And the even more exciting news? Early reports suggest that Tom Hiddleston and Elizabeth Olsen are coming along for the ride, once again stepping into the shoes (and corsets and horned hats) of their characters.

Right now, production is in its early stages, but the suggestion is that there's a desire to create a whole series of big budget TV shows featuring heroes and villains from the MCU, telling further stories about many of the most-loved characters from the movies. They are said to be short series of six to eight episodes each, with Kevin Feige involved in development. Disney and Marvel have yet to officially comment on the rumors, but we're crossing our fingers that these shows will hit our screens following the streaming service's launch in 2019.

Obviously, we're also holding out for The Adventures of Korg and Miek to be announced next.

Decorating Tips
This $30 Hanging Wall Shelf Is So Versatile, We Styled It 5 Ways For Different Rooms
by Tara Block 17 hours ago

Sarah Jessica Parker
And Just Like That, Charlotte, Miranda, and Carrie Are Back For the Sex and the City Revival
by Monica Sisavat 23 hours ago

Celebrity Instagrams
The Cast of Insecure Just Wrapped Their Last Day of Filming, and We're Hella Emotional
by Monica Sisavat 23 hours ago

Gossip Girl
50 Thoughts I Had While Watching the Wildly Dramatic Gossip Girl Reboot Trailer — Yes, 50!
by Kelsie Gibson 1 day ago

Disney
Here's Your First Look at Halle Bailey as Ariel — Complete With the Mermaid Tail!
by Monica Sisavat 1 day ago