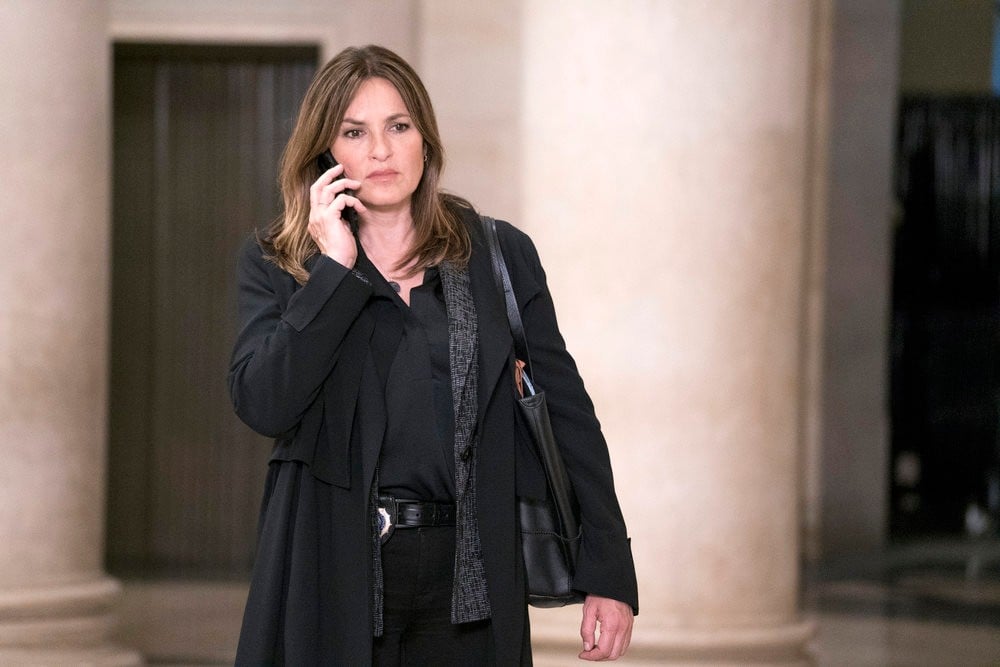 Mariska Hargitay Has Blessed Us With Olivia Benson for 20 Years, and She's Not Stopping Now

As someone who has been watching Law & Order: Special Victim's Unit for the majority of her life, I think I speak for everyone when I say Mariska Hargitay's work as Olivia Benson is legendary. The 54-year-old actress has been portraying Benson since the series' pilot and has held it down for 20 years. Benson now reigns as the badass Commanding Officer of Manhattan's Special Victims Unit, and Hargitay says she has no plans to retire the character anytime soon.

During the show's 20th anniversary celebration at the 2018 Tribeca TV Festival, Hargitay revealed to Entertainment Tonight that she feels "fulfilled" playing Benson and still considers her job to be an incredible privilege. "With moments like this, you're sort of forced to really take it in because I feel like I've been in this marathon for 20 years," she said. "You know, just doing the work everyday, and our days are long so it's been a long and beautiful [journey] to have moments to celebrate it."

When it comes to the future of the series, Hargitay believes in staying in the present and focusing on making each season the best. "It's a lesson in being present and to not be thinking ahead," she noted. "If you asked me 20 years ago, I never thought I'd be here 20 years later, and it's an incredible collaboration with the producers and the writers, so I'm really enjoying it."

Considering how well the show continues to do each season, we're obviously enjoying it as well! In honor of one of Manhattan's baddest lieutenants kicking ass in the name of justice for the past 20 years (and several more if we had our way), check out these photos of Olivia Benson through the years.

Related:
All the Ways Mariska Hargitay Is a Real-Life Olivia Benson
Previous Next Start Slideshow
Law & OrderMariska HargitayTVCelebrity Quotes
Around The Web

Celebrity Quotes
In Case You Were Curious, Karamo Brown and Christine Quinn's Friendship Began on Instagram
by Monica Sisavat 10 hours ago