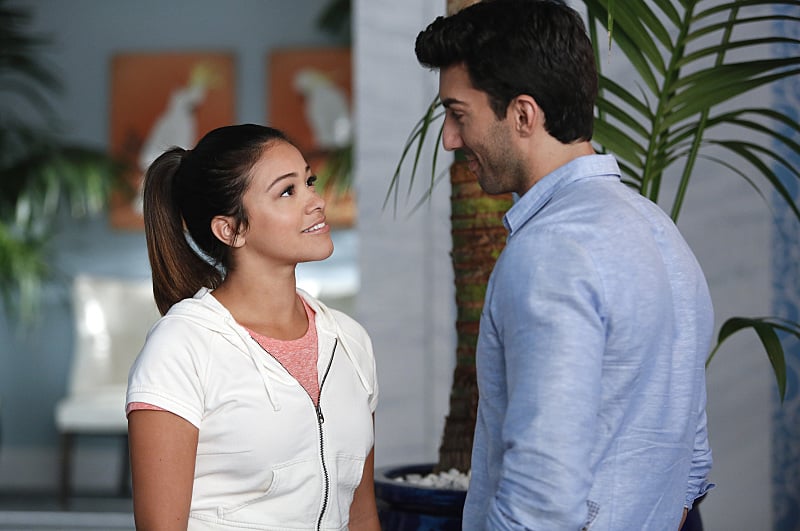 When we caught up with the Jane the Virgin cast at the Golden Globes, showrunner Jennie Urman spilled that Jane and Rafael's baby would be born toward the end of this season. But what does that mean for season two, for which it recently got picked up? When we went to a Q&A at the show's set this week (where Gina Rodriguez talked about her big win), Urman addressed what the addition of a baby means. Here's how Urman envisions a child will affect season two:

"I feel like, my God, there's so many stories. What's interesting to me is this is a character who is 24 years old and never planned to have a baby at this moment of her life . . . So there's another earthquake coming when the kid comes. I'm looking forward to telling those stories. It's going to give us a whole bunch of fresh drama. I think it's going to add a layer. There's some funny baby stuff."

Image Source: The CW
Jane The VirginTV
Around The Web

Netflix
If You Loved Netflix's Lupin, Crack Open One of the Books That Inspired the Series
by Camila Barbeito 23 hours ago

Nostalgia
25 Years Later, Where Is the Moesha Cast Now?
by Monica Sisavat 23 hours ago