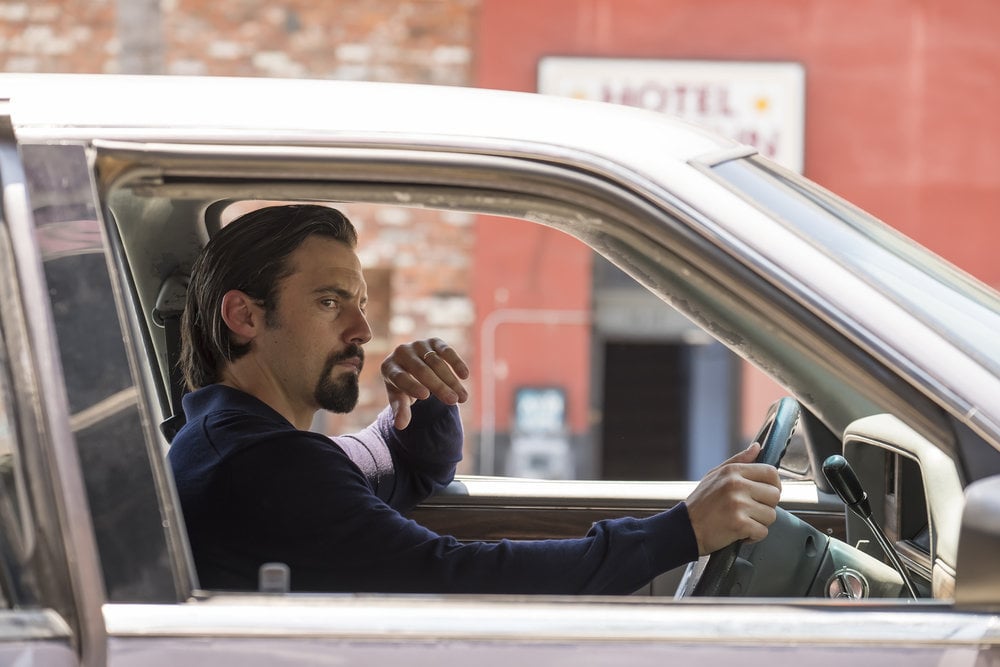 UPDATE: This Is Us confirmed that Jack dies in a house fire during the season two premiere. While the details surrounding his death are still a bit unclear, the fire actually happens at the Pearson family home, not Miguel's house.

Original post: If you're a fan of This Is Us, then you've no doubt gone crazy theorizing how Jack dies. Throughout season one, there have been some pretty convincing ideas, including a real-life plane crash, drunk driving accident, and even an act of gun violence, but now another theory has come to light: he dies in a fire. Even though the season one finale didn't reveal anything about his death, it might have set it up for season two.

After getting in a major argument, Rebecca and Jack decide that they need some time apart. So the two come to an agreement that Jack will stay with Miguel, who we know is actually married to Rebecca in present day. While it's hard to believe that Rebecca would marry her husband's best friend, what if it's because a tragic event brings them together? Reddit user AFriendlyInternetGuy suggested that Jack might actually die a hero by trying to save Miguel in a house fire. Not only does the series finale perfectly set up this scenario, but it would also explain why Miguel's ex-wife Shelly and kids haven't popped up in present day.

While we assume that Miguel and Shelly are divorced by the time Jack moves in, maybe she was coming by to pick up the kids when the house goes up in flames, and Miguel is the only one who makes it out in time. Not only would that mutual loss bring Rebecca and Miguel closer together, but it would also explain why the Big Three holds a little bit of resentment for their stepfather. Perhaps that's also the reason Kate feels like her dad's death is her fault, since she tells him to make amends with Rebecca and the two end up separating as a result. This would no doubt be the most shocking twist yet.

Image Source: NBC
Milo VentimigliaThis Is UsTVTheories
Around The Web

The Bachelor
Is The Bachelor Irreparably Broken? This Season Has Been a Disappointing Mess
by Maggie Panos 11 hours ago