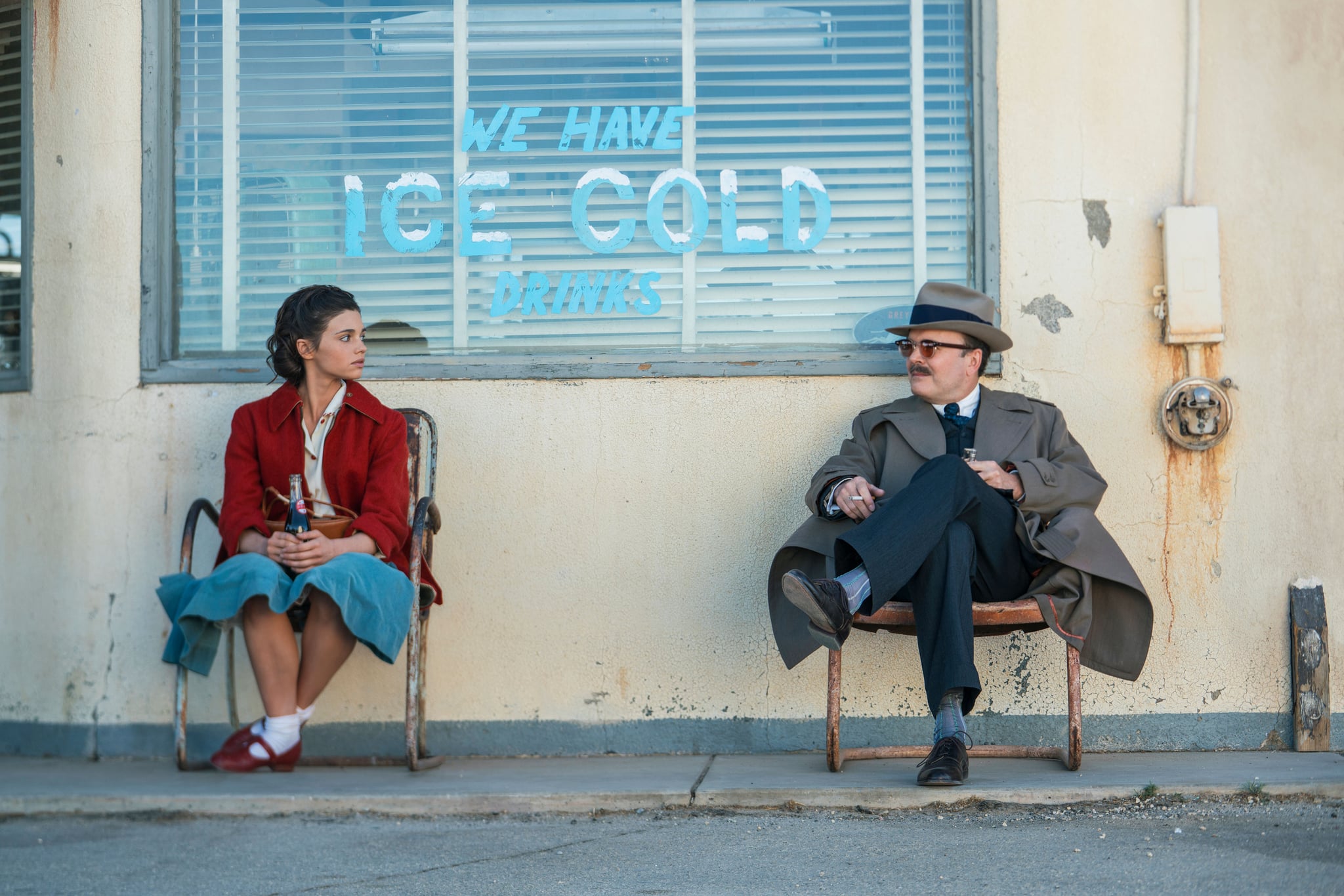 True crime stories have taken off in the past several months, but the new TNT drama I Am the Night takes a slightly different tack: a semifictionalized story based on real criminal cases that have fascinated Americans for decades. The noir drama debuted on Jan. 27, and viewers are already wondering just how much of the eerie story is true. The answer is more complicated than a simple fact vs. fiction comparison.

I Am the Night is based on an autobiography by Fauna Hodel, titled One Day She'll Darken: The Mysterious Beginnings of Fauna Hodel. Fauna herself is credited as a cowriter on the TV miniseries, although she passed away from breast cancer in 2017. Fauna's story is the kind of tale that sounds like a Hollywood noir film — but it actually happened. Horrifying crimes, secret adoption, and an infamous cold case all play a part in I Am the Night and in Fauna's true story too.

Who Is Fauna Hodel?

Fauna was born to a 16-year-old, Tamar Hodel, in 1951. The teenager, from a prominent white California family, did not list a father on the birth certificate, only that he was black. Her daughter was given to Jimmie Lee, a young black maid, to be adopted and raised in her family, and Fauna grew up believing herself to be a biracial child adopted by a black family. The reason for this adoption, however, was much more horrifying and secretive than just a teenager being unprepared to raise a child.

According to Fauna's own website, her mother was the victim of sexual abuse at the hands of her father (Fauna's grandfather), Dr. George Hodel. After making the allegations of abuse, Tamar was taken away to a juvenile facility while prosecutors prepared a case against her father. Many of the inmates there were from poor black families, but from loving families that were the exact opposite of what she had experienced.

"She noticed not only the difference in skin color from her new fellow detainees, but also a great discrepancy in what they believed in — family, friends, love and caring for each other. Those concepts were not part of her upbringing. In fact, she was exposed to just the opposite from her white family and friends. It was there that she decided that if she ever had children, she would want them to be raised like someone from the black race — with love and kindness," according to her website. It's because of those beliefs that she specifically chose to leave her daughter, Fauna, to be raised by a black family, believing she'd be loved and cherished there. Eventually, Fauna began exploring her own past and uncovered some of her true family history, including her birth mother.

Aside from dark family secrets, the story of Fauna and Tamar intersects with one of the most famous unsolved murders in American history. Tamar's half-brother (they were both fathered by Dr. Hodel), Steve Hodel, grew up to become a detective with the Los Angeles Police Department. In a shocking interview with The Guardian, he claimed his father was the Black Dahlia killer.

The Black Dahlia case was the unsolved murder of Elizabeth Short, a 22-year-old aspiring actress who was discovered dead in a gruesome crime scene. There have been plenty of theories about the case over the years, but Steve Hodel believes he found evidence linking his father to the murder. The evidence wasn't enough to confirm but also has not been disproved. I Am the Night interweaves Fauna's search for answers with a disgraced journalist (played by Chris Pine) who has long suspected something is off about Dr. Hodel. While some parts of the true story are clearer than others, the potential drama is both incredibly creepy and incredibly compelling.

Gossip Girl
ICYMI, the Original Gossip Girl Show Went Off Script When It Came to Revealing the Mystery
by Sydni Ellis 1 day ago

Netflix
Murder by the Coast: Who Killed Rocío Wanninkhof? Here's How the Case Unfolded
by Stacey Nguyen 1 day ago