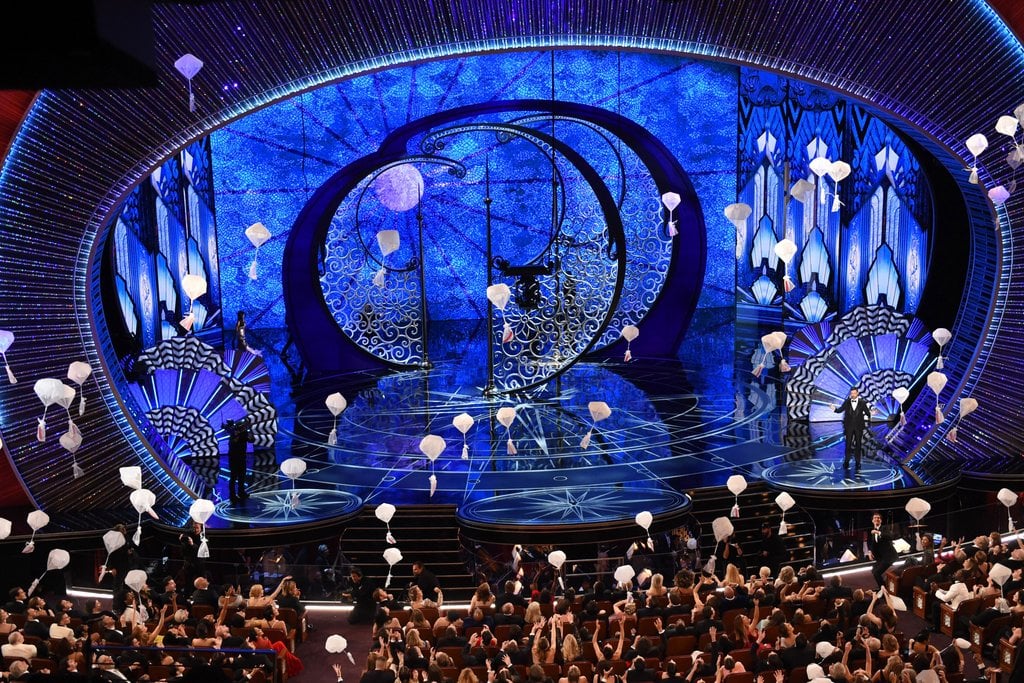 From star-studded group selfies to giving tour buses full of people the surprise of a lifetime, the Oscars is known for its jaw-dropping stunts. At the award show on Sunday night, host Jimmy Kimmel surprised everyone when he unleashed a fleet of parachutes full of candy onto the audience.

No one could hide their excitement over the unexpected treat (especially the adorable Taraji P. Henson), but there was one thing about it that seemed weirdly familiar. If you're a fan of The Hunger Games, you probably noticed that Kimmel's parachutes are a sweeter version of the parachutes tributes like Katniss Everdeen received while fighting for their lives in the arena, which you can see below. Thankfully the Oscars audience wasn't in need of anything more serious than Red Vines and Junior Mints!