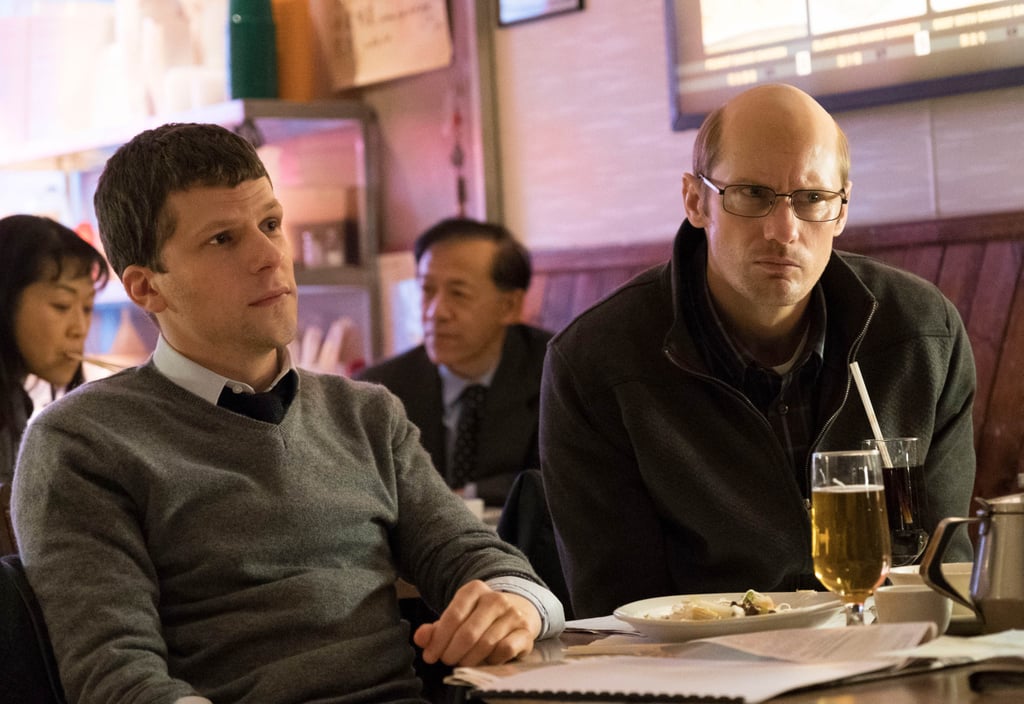 Alexander Skarsgard has quite a different look in his upcoming film, The Hummingbird Project. And by "different," we mean he's basically bald. The new trailer for the film dropped on Jan. 18, and while it looks like a solid watch, it's a little hard not to stare at Skarsgard's depilated head. It certainly deviates from his typical look, so, you know, we give him credit for being a dedicated actor.

The film, written and directed by Kim Nguyen, centers on two cousins from New York, Anton (Skarsgard) and Vincent (Jesse Eisenberg), who attempt to build a fiber-optic cable from New Jersey to Kansas in order to receive stock market quotes in a matter of milliseconds. They then become involved in a war of high-frequency trading with their old boss, Eva Torres (Salma Hayek), who decides to build a cable line of her own. It looks like it might be one of those movies that some won't fully understand but will enjoy nonetheless, especially because bald-headed Skarsgard apparently dances down a hallway in one scene. It's rather hair-larious.

Ahead, you can check out the trailer, poster, and stills from The Hummingbird Project, which will hit theaters on March 15. But if you cherish Skarsgard's precious head of hair, then shave yourself the pain and look away.

Riverdale
Eli Goree's Name Is One to Remember, and These 8 Roles Prove It
by Grayson Gilcrease 3 days ago