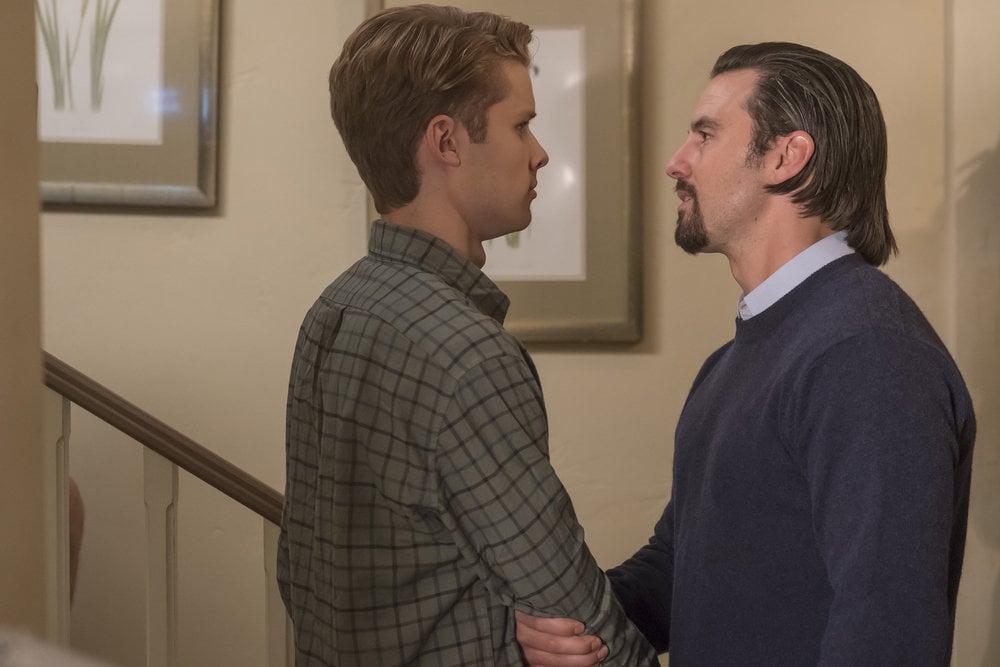 This Is Us has had us going through tissue box after tissue box with every episode in the second season, but we've still yet to find out how Jack died. It's the story that has been referenced throughout the entire series thus far, and it's likely the story that will make us ugly cry the hardest. At this point, we know that the Pearson patriarch dies in a house fire, and now the details that surround that heartbreaking night are starting to come together.

Season two's eighth episode, "Number One," focuses on Kevin's present-day battle with substance abuse and alcoholism, and the troublesome teenage years that lead up to it. The episode opens with a power outage and Jack working on the breaker box to make sure the power is back by the time a Pitt football coach arrives to meet with Kevin. Breaker box? House fire? Maybe, but following Kevin's ruthless hormonal attitude to the coach, Jack sends him upstairs to write an apology letter.

Related:
Even the This Is Us Cast Couldn't Handle Kevin's Heartbreaking Episode

Before Kevin walks upstairs to see his father reciting the AA serenity prayer on his knees, the camera focuses on the lamp on Kevin's desk for a long enough time that we took note. Reddit user _daath theorizes that the lamp could be what started the fire or that it started in Kevin's room (he's living in the basement at the time). "It would explain the theory that Jack is able to get his other kids out of the house and him having to go back in and 'save' Kevin in his room with Jack not knowing that Kevin wasn't home," they wrote. 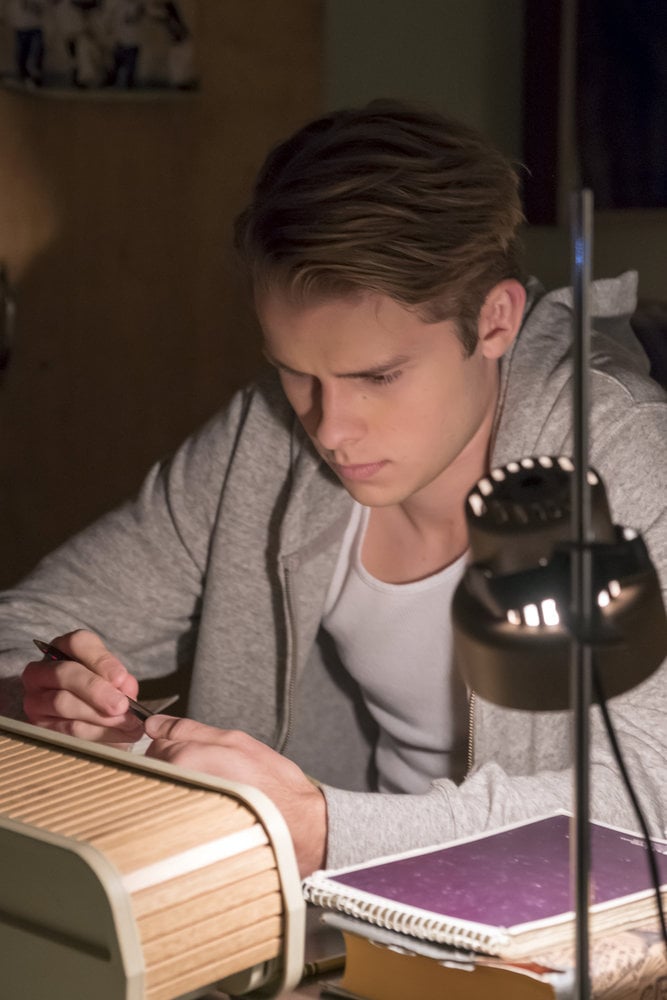 During the season two premiere, when it's confirmed that Jack dies in a fire, Kate tearfully tells Randall that they have to go find Kevin and tell him the sad news. She immediately knows where he is — with Sophie, and in a full leg cast, presumably following his knee surgery. But could this understanding of Kevin's location during the fire be the reason both Kate and Kevin feel so much irreparable guilt for their father's death?

Well, the same Redditor seems to think so, and we can't help but really wonder about this theory. "It's possible Kevin snuck [sic] out the night of the fire without anyone knowing except Kate," they wrote. "She either covers for him, or sees him sneak out without Kevin knowing. Jack goes back in the house to save Kevin before Kate and can tell him that he wasn't there. So Kate feels guilty that he never told her father and Kevin feels guilty because maybe he left his lamp on, it started the fire, and he didn't tell anyone he was leaving which lead to Jack going back in to save him."

Adding fuel to the _____ (we don't have the heart to write it), is at the time, Kevin is in a full leg cast, so it does make sense that Jack would run inside to save him knowing that he wouldn't be able to get out of the house on his own.

We also couldn't help but notice the obvious washing machine in the basement near the exposed breaker box, which practically screams "electrical fire waiting to happen!" And remember the season one episode "The Best Washing Machine in the Whole World," which sees teenage Kevin move into the basement because he can't deal with Randall's late-night studying? He complains to Rebecca about how the new washing machine won't turn off. Is there anything this kid doesn't complain about?!

It's all incredibly heartbreaking to watch Jack's impending death unfold, and equally as difficult to watch present-day Kevin struggling with addiction like his father did. Fortunately it's all starting to piece together, even if it's painful. We can speculate as much as we want, but all the theories in the world won't change the fact that we're going to cry like babies when we finally find out what caused the fire that led to Jack's death. Until then, we'll never let go, Jack.