Universal's Halloween Horror Nights are essentially the Super Bowl for any horror movie fans who love getting the bejeezus scared out of them. Between re-creations of iconic scenes from slashers like Halloween and creepy TV series like American Horror Story, the event is always bound to draw a spooky crowd. And if you have plans to attend this year, let us be the first to tell you: Ghostbusters is getting in on the fun!

For the first time ever, the Sony Pictures classic horror-comedy is coming to Halloween Horror Nights at Universal Orlando Resort and Universal Studios Hollywood (along with a bunch of other incredible houses!). The 1984 film's inclusion means that you'll get to experience some of the most memorable scenes, characters, spirits, and floating green balls of ectoplasm that pop up throughout the iconic film. Universal has yet to confirm which exact Ghostbusters ghouls are going to be featured, but we have our fingers crossed for a zombie taxi driver, the library ghost, Zuul, and, of course, the Stay Puft Marshmallow Man.

Stepping into the world of the film is some serious business, but those daring enough can feel free to check out the monsters and chilling creatures for themselves at Universal Studios Orlando Resort beginning Friday, Sept. 6, and at Universal Studios Hollywood beginning Friday, Sept. 13. Visit the official Halloween Horror Nights site for more details about tickets, and then get all the information you need to know about the event's Stranger Things maze!

ADVERTISEMENT
HalloweenGhostbustersMoviesUniversal Studios
Around The Web 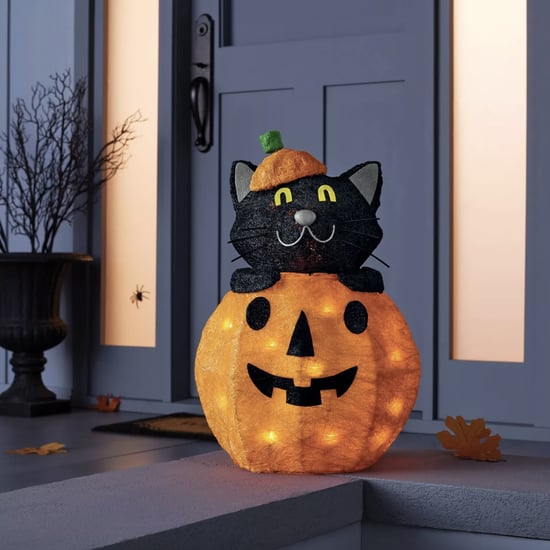 Halloween
Calling All Feline-Lovers! This Halloween Decor Is the Cat's Meow
by Lauren Harano 22 hours ago

Halloween
Traditional Trick-or-Treating Is Too Risky Amid COVID-19, According to the CDC
by Murphy Moroney 1 day ago