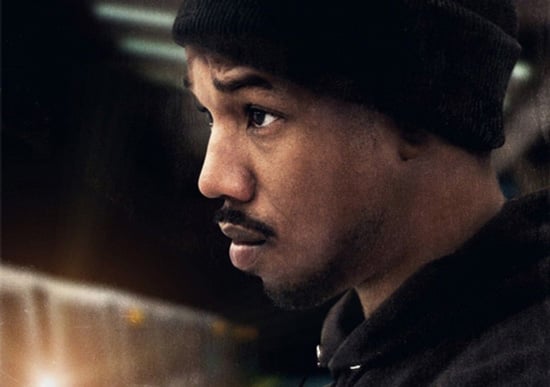 Fruitvale Station tells the powerful true-life story of 22-year-old Oscar Grant III (played by Michael B. Jordan), who was shot and killed by BART police officer Johannes Mehserle in the early morning hours of New Year's Day in 2009. In the film, director Ryan Coogler gives us a glimpse into the last day of Oscar's life — and though the 27-year-old Bay Area native took some creative license with the plot, nearly all of the movie's details are impressively accurate. Here are some facts from Fruitvale Station that you may not have known:

The Pit Bull Incident
The character of Oscar Grant comes across as a man with a troubled past who is working hard to turn his life around. Throughout the film, we follow him as he comes to grips with a lot of the choices he's made and how he can make changes, especially as it's New Year's Eve. At one point in the movie, Oscar stops at a gas station and sees a stray pit bull roaming around the station. He pets and speaks to the dog before going back to filling up his tank, but once he turns around, he hears a car screech: the dog has been hit. In one of the most emotional scenes of the movie, a crying Oscar picks up the wounded animal, clutching it close to his chest and stroking its head as he begs for it to hold on. It's no use, though, as the dog succumbs to its injuries and Oscar gently closes its eyes before getting back into his car and driving away.

Coogler described the heart-wrenching moment to The Dissolve as one that could have happened to Oscar that day: "Sophina [Oscar's girlfriend] said Oscar was very introspective after he picked her up from work — like really, unusually introspective. He was bubbly and usually a people-pleaser trying to keep everybody happy, and when he picked her up, he was a little off. Also, she would talk about how he wanted to get them into a new place with a backyard. He liked dogs."

In actuality, the director took inspiration for the scene from someone close to him. He explained, "While I was writing the script, my little brother, Noah Coogler, told me he was at a gas station and he'd seen a pit bull get hit by a car, and he pulled it out of the street, and it died right in front of him. So I thought about that moment working for this film."

Get more real-life details from Fruitvale Station when you keep reading.

The Supermarket Stop
In the film, we see Oscar making a stop at his place of work, a grocery store called Farmer Joe's. He picks up seafood for his mother's birthday dinner that evening and meets another shopper, Katie (played by Ahna O'Reilly), who is having trouble deciding what to buy and how to prepare it, so Oscar quickly calls his grandmother to get advice.

Before his death, Oscar worked as a butcher in the meat department at the real Farmer Joe's Marketplace in Oakland's Dimond District, and a representative for the store posted a heartfelt message on the company blog the day he passed away. The clueless customer story is also true. According to Bonnie Johnson, Oscar Grant's grandmother, "He called me once and said, 'Grandma, I have a customer here asking how to fix a piece of fish.' I said, 'Does she want to bake it or fry it?' He wanted my secret recipe."

The BART Train Altercation
The movie shows Oscar on the stopped BART train, coming back from watching New Year's Eve fireworks in Downtown San Francisco. While looking for a seat, he encounters Katie in the crowd — she yells out to him, which inevitably causes a man (who viewers will recognize from an earlier scene as a fellow former inmate of Oscar's) to instigate a fight with him. In reality, Coogler explained to The Dissolve that the character of Katie is "two real people who got combined," adding, "There was a woman who had seen Oscar earlier that day who then saw the fight happen, and she immediately turned in her footage to the hospital, one of the things they used most intimately in the case."

While Katie may have been a combination of two separate people, the man that Oscar allegedly fought with was indeed a fellow inmate of Oscar's during a 2008 state prison stint. He was later identified as David Horowitch and was called on to testify at the trial of BART officer Johannes Mehserle.

The Tragic Shooting
One of the most significant aspects of the film is how eerily similar the BART shooting scene is to the actual real-life footage. The events leading up to Oscar's fatal shooting were captured on multiple digital video and cell phone cameras by witnesses — the footage was sent to media outlets as well as police investigators and sparked both peaceful and violent protests in the following days. Ryan Coogler did an exceptional job of portraying the incident in a spot-on way while allowing the viewer to experience — and judge — the situation and characters for themselves. About his decision to film the scene on Super 16, Coogler told The Dissolve, "Oscar was killed on camera. He was killed on these digital [cell-phone] cameras with not a lot of pixels, so you couldn't really see; you could just see that it was this guy and these officers. You see what they do to him, you see the manner in which he dies." BART authorities even granted Coogler permission to shoot the scene on the same platform where it happened.

Movie Trailers
Being the Ricardos: Nicole Kidman's Cranberry Stomping Scene in the First Teaser Is Gold
by Naledi Ushe 19 hours ago