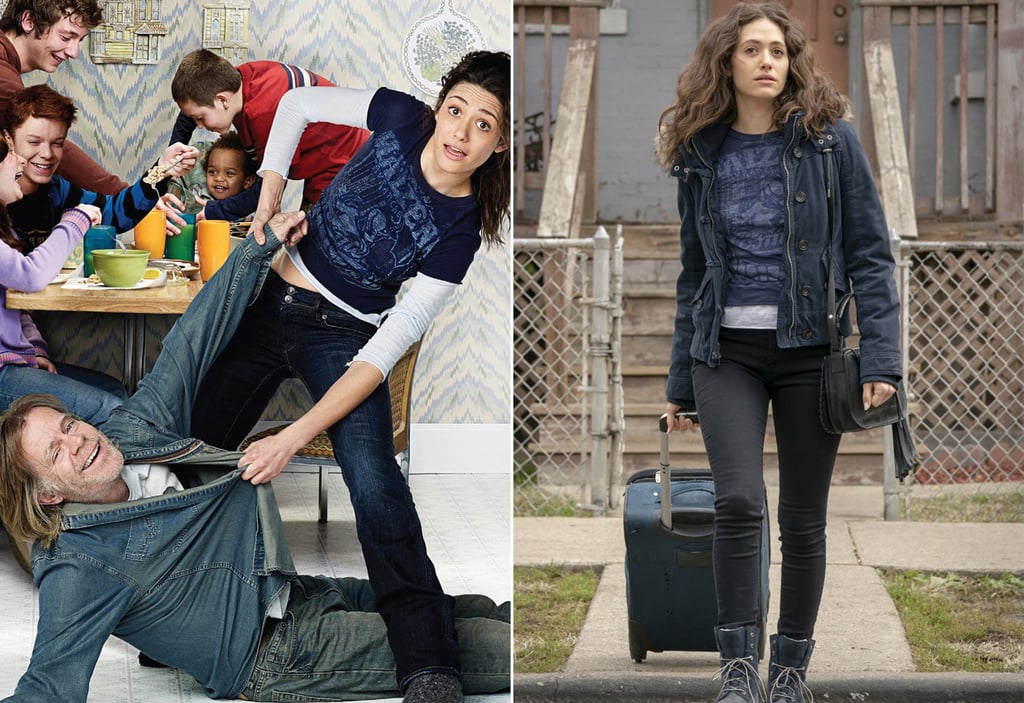 Shameless: Fiona's Shirt in the Season 9 Finale Is a Full-Circle Moment For Her Character

The cast of Shameless has come a long way since the season one premiere in 2011. Not only have the Gallaghers grown as a family together, but Fiona's sense of self has also evolved. Luckily, she hasn't gotten rid of one very important layered shirt. During Emmy Rossum's final episode in the season nine finale, eagle-eyed fans were quick to notice that she wore the same shirt in the series premiere. It's a full-circle moment as the wildly powerful Fiona packs her bags and boards a train out of the South Side of Chicago, leaving the only life she's ever known behind. Fans were absolutely (and understandably) emotional about her bittersweet departure.

It's moments like this that make us think about just how far the family has come since the pilot episode. Over the course of that very first hour of the show, Fiona meets Jimmy-slash-Steve after her purse gets stolen, Lip finds out Ian is gay, Frank reveals just how low he can sink, and overall, we have no idea how much is about to change for the family. Little did we know that 110 episodes later, Fiona would be heading out of town with a suitcase wearing that same beloved shirt.

Ahead, see how fans are reacting to the full-circle moment for Fiona Gallagher.

Related:
The Shameless Cast Has Completely Changed Over the Course of 9 Seasons
Previous Next Start Slideshow
ShamelessEmmy RossumTVTwitter Reactions
Around The Web

Nostalgia
I Finally Watched an Episode of Friends, and . . . I Don't Think It's Funny at All
by Leenika Belfield-Martin 23 hours ago

Netflix
Selling Sunset: Someone Left the Oppenheim Group, and This News May Surprise You
by Hedy Phillips 21 hours ago