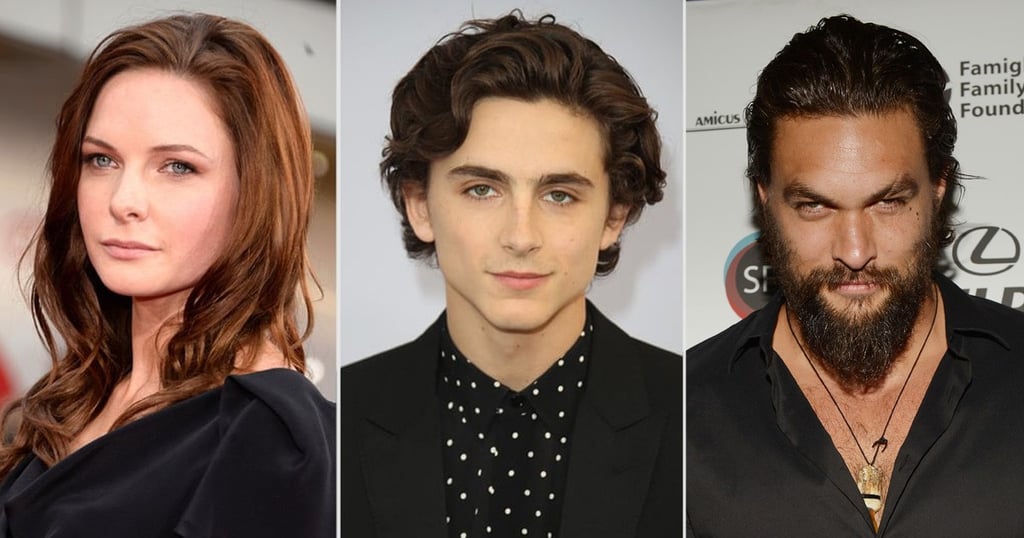 Director Denis Villeneuve's upcoming film Dune is gearing up to be a real wellspring of star power. The science fiction action movie already cast Beautiful Boy's Timothée Chalamet as the lead while also signing on The Greatest Showman's Rebecca Ferguson, Guardians of the Galaxy's Dave Bautista, Avengers: Infinity War's Josh Brolin, Aquaman's Jason Momoa, and more. Currently, Oscar Isaac and Zendaya are in talks to bring their talents to the intergalactic lineup.

The film is based on Frank Herbert's 1965 novel of the same name. The story takes place thousands of years into the future where humans have spread out and populated different planets. A young boy named Paul Atreides develops special powers and becomes the leader of a planet called Arrakis to protect the inhabitants from intruders. The book was first turned into a movie in 1984 with director David Lynch's adaptation.

Villeneuve's latest rendition — which he cowrote with Eric Roth and Jon Spaihts — will center around Paul's quest to regain control of Arrakis after his family loses their authority over the prized planet. Villeneuve is also producing the film alongside Mary Parent, Cale Boyter, Thomas Tull, Brian Herbert, Byron Merritt and Kim Herbert.

The plot itself sounds rather epic, and if you read the collection of Dune novels, then you know it is. So it's only right that it has an impressive cast. Hopefully, everyone already on board and anyone who plans to embark on the futuristic space adventure will be able to bring such an intricate story to life on the big screen. The movie is set for release on Nov. 20, 2020. Ahead, see who is confirmed to be on the all-star cast!

Neve Campbell
The Latest Scream Was Filled With Twists and Turns, So Let's Break Down That Ending
by Amber Frost 3 days ago

Clueless
As If! These 22 Movies Are Perfect For Anyone Who Loves Clueless
by Amanda Prahl 4 days ago

by Jenny Sugar 19 hours ago