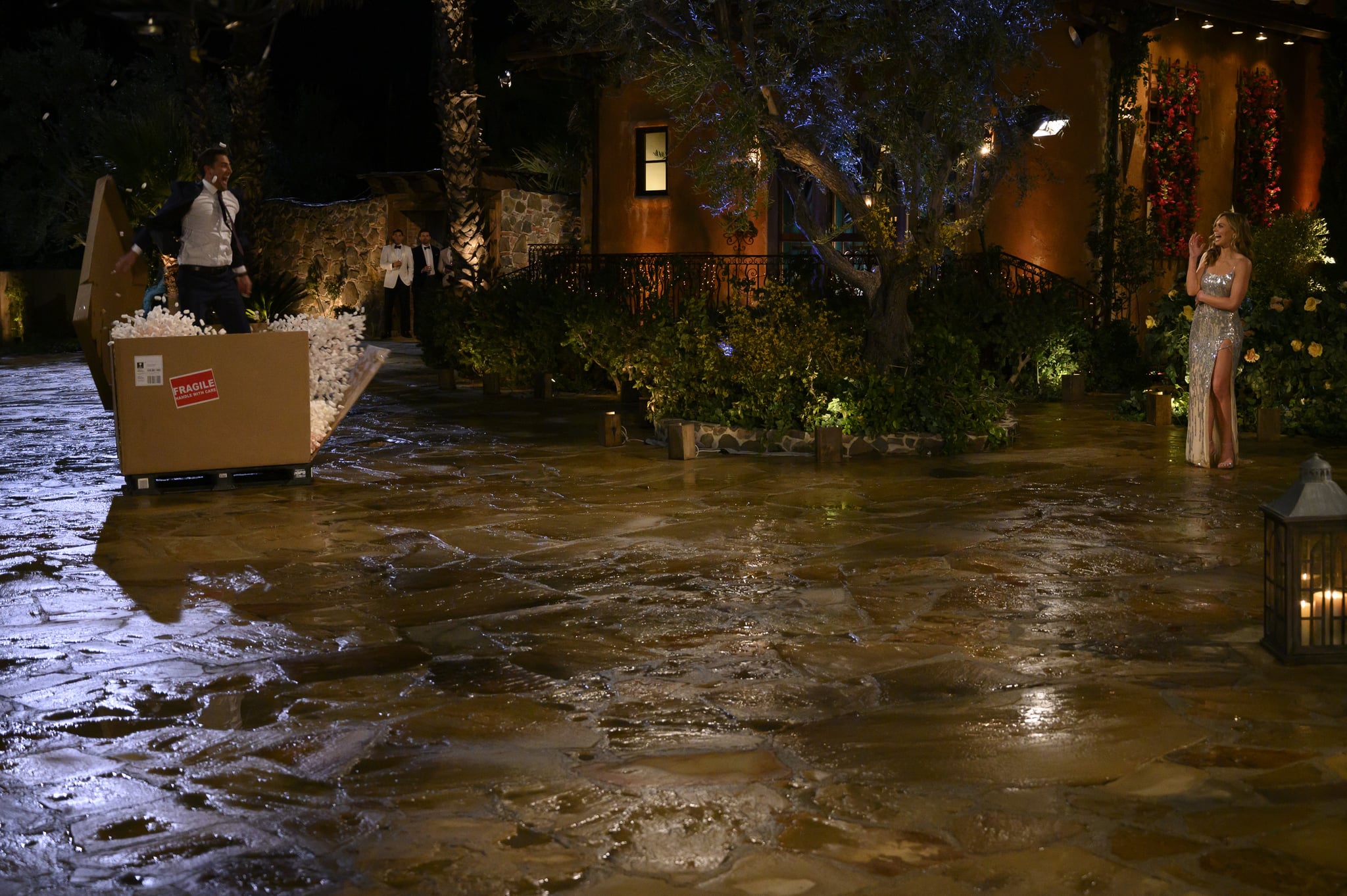 Let's face it: meeting someone attractive for the first time is hard enough as is. You're nervous and trying to think of the right thing to say to make an impression on them. Now imagine meeting that attractive person for the first time, but surrounded by cameras that record your interaction for millions to watch for the sake of reality TV. The Bachelor and The Bachelorette have brought dramatic, fence-jumping drama to television for years, but none of that is as entertaining or memorable as the limo entrances during the first episode of each season, which makes us wonder . . . are these entrances staged?

Not only is this moment important for contestants to impress the Bachelor or Bachelorette, it's an essential part for viewers to determine the favorite contestants, the weirdos, and sometimes, even the season's villain. Hannah Brown's season had some hilarious and awkward entrances, from Matt Donald's cute rendition of "Old MacDonald" after arriving on a tractor, to Joe the Box King, who got himself delivered in an actual box. But nothing will truly reach the level of extra like Alexis Waters's entrance on Nick Viall's season. Alexis introduced herself to Nick in a dolphin suit (that was actually a shark) and walked around, making dolphin screeches the entire night. She even jumped into the pool at one point in her suit and still managed to get a rose.

Related:
52 Tweets That Sum Up Every Thought You Had During the Cringey Bachelorette Premiere

But how much say does each contestant have when it comes to their entrance? Do they really choose to dress up in weird costumes, like the sloth in Colton Underwood's season, or chat with the Bachelor with a fake accent? Or is that one of the many aspects of the show that producers fabricate for the audience's enjoyment? The answer: it depends on the person.

For the most part, contestants are able to decide how they would like to introduce themselves to the Bachelor or Bachelorette, but producers sometimes have a hand in planning some of the wackiest limo entrances. For example, Insider cited Crushable's report that the producers had contestant Ashley Palenkas pretend to be obsessed with Fifty Shades of Grey for her entrance after spotting the book on her bookshelf. One thing is for sure, though — the producers play an important role in the order the contestants come out of the limo to introduce themselves.

Related:
Hannah B. Is Our New Bachelorette — Get to Know All of Her Suitors!

Former contestant and Bachelor Sean Lowe told Glamour that producers typically narrow down the field and choose two contestants who will be the first and last to come out of the limo. The producers believe their top two contestants chosen have the best chance of ending up with the Bachelor or Bachelorette. During his time as a contestant, Sean was chosen as one of the first out of the limo to meet Emily Maynard in order to give others the impression he would do well through the season (and he did!).

At the end of the day, the contestants vying to win the hearts of the Bachelor and Bachelorette are looking for a way to stand out in a crowd of more than 20 other contestants and things will get weird no matter what. Based on their entrances alone, Hannah's men are already off to a strong start and we're excited to see the direction the season will go.