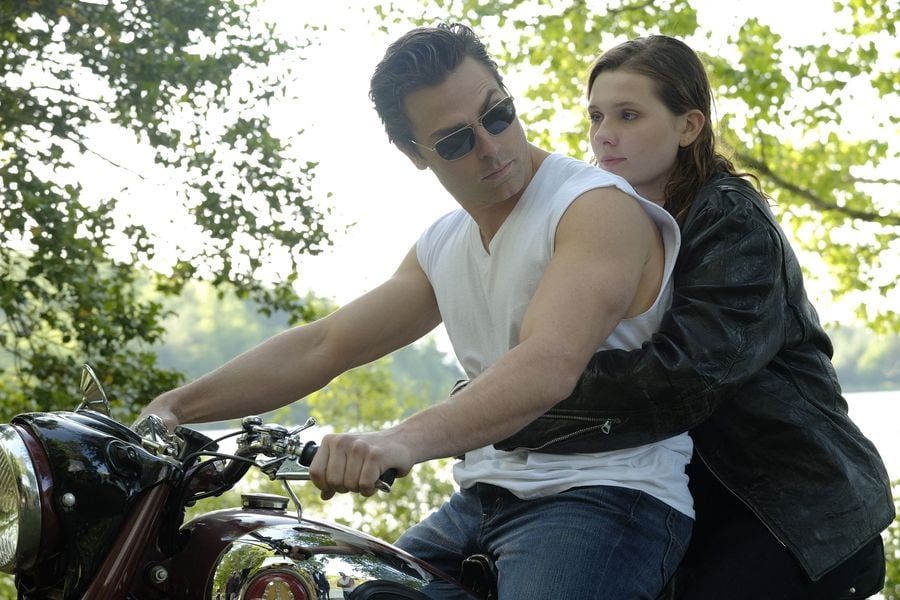 ABC made the questionable decision to reboot Dirty Dancing in celebration of the film's 30th anniversary — because nothing honors a work of art more than trying to replace it — and it's certainly something. While the majority of the new film's scenes are less passionate replicas of the original's iconic moments, there are two notable tweaks to the story.

First of all, the movie doesn't start at Kellerman's Summer retreat; it starts in New York City, 1975. Baby (Abigail Breslin) walks up to a theater on Broadway where the marquee proudly displays Dirty Dancing: The Musical. As she sits down to watch the show, her voiceover tells us that "you never forget your first love," and suddenly, we're back in the Summer of 1963.

The movie continues on as usual, but rather than ending with the whole cast dancing to "Time of My Life" in the lodge, we again flash forward to the theater. Baby is still sitting in her seat, but most of the audience has filed out after the show. As she begins to walk out, Johnny (Colt Prattes) sees her. It's his play. He has become a successful Broadway writer, and the play is an ode to the Summer he spent with Baby. Just as you think the two of them may have a chance at rekindling their romance, Baby's young daughter walks up — followed by her husband. Baby and Johnny share a few knowing words, agreeing that it's nice to see each other, then it's over.

An epilogue isn't something I ever wanted or needed from the Dirty Dancing story, but OK. 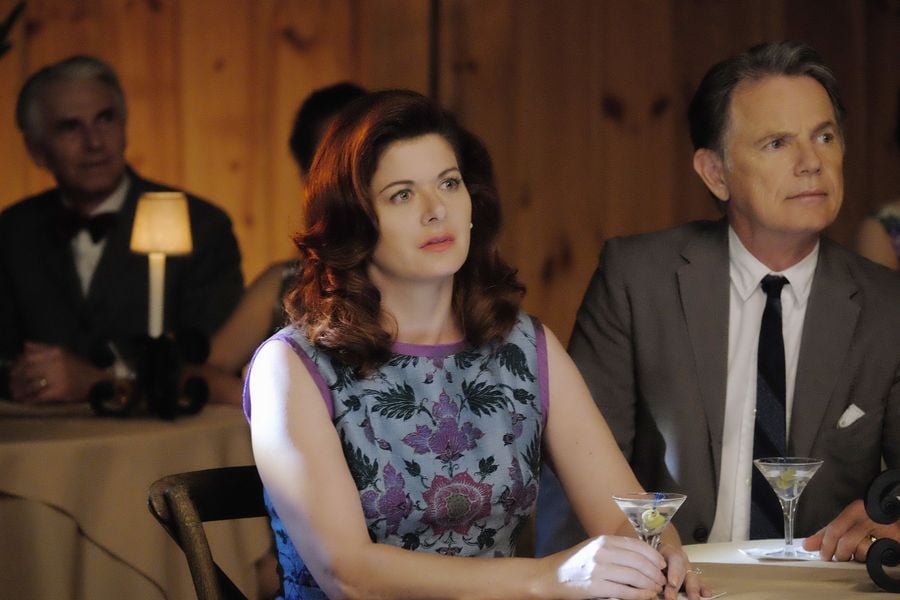 It should be noted that while the original film is a taut 100 minutes, the new one is 130 — so how did they fill the rest of the time? With unneeded exposition! We see more of Baby's sister, Lisa (Sarah Hyland), but a lot of the extra time is dedicated to Baby's parents, Marjorie (Debra Messing) and Jake (Bruce Greenwood). We learn that the long-married couple has lost touch with each other and that they haven't had sex in over a year. At one point, Marjorie tries to seduce him but he embarrassingly rebuffs her. It's even implied that Marjorie is thinking about asking for a divorce. (This moment is aided by Katey Sagal's "bungalow bunny" Vivian Pressman, who is divorced in the new movie, not just cheating on her husband as she is in the original.) Spoiler alert: they get their groove back and their daughters almost walk in on them having sex.

Everything else is virtually the same, except different. The characters are familiar, but the cast is new. The songs are iconic, but they're all updated covers. Maybe I'm biased, but everything just feels watered down. The reboot will inspire you to do one thing: dust off the original.

Netflix
While You Prepare For Trinkets Season 2, Remember That We're Not Getting More Episodes
by Amanda Prahl 18 hours ago

Black-ish
Black-ish Episode "Please, Baby, Please" Is Now on Hulu, 2 Years After It Was Shelved by ABC
by Yerin Kim 16 hours ago

Netflix
Before You Watch Netflix's Ratched, Here's a Primer on the Terrifying Title Character
by Stacey Nguyen 10 hours ago