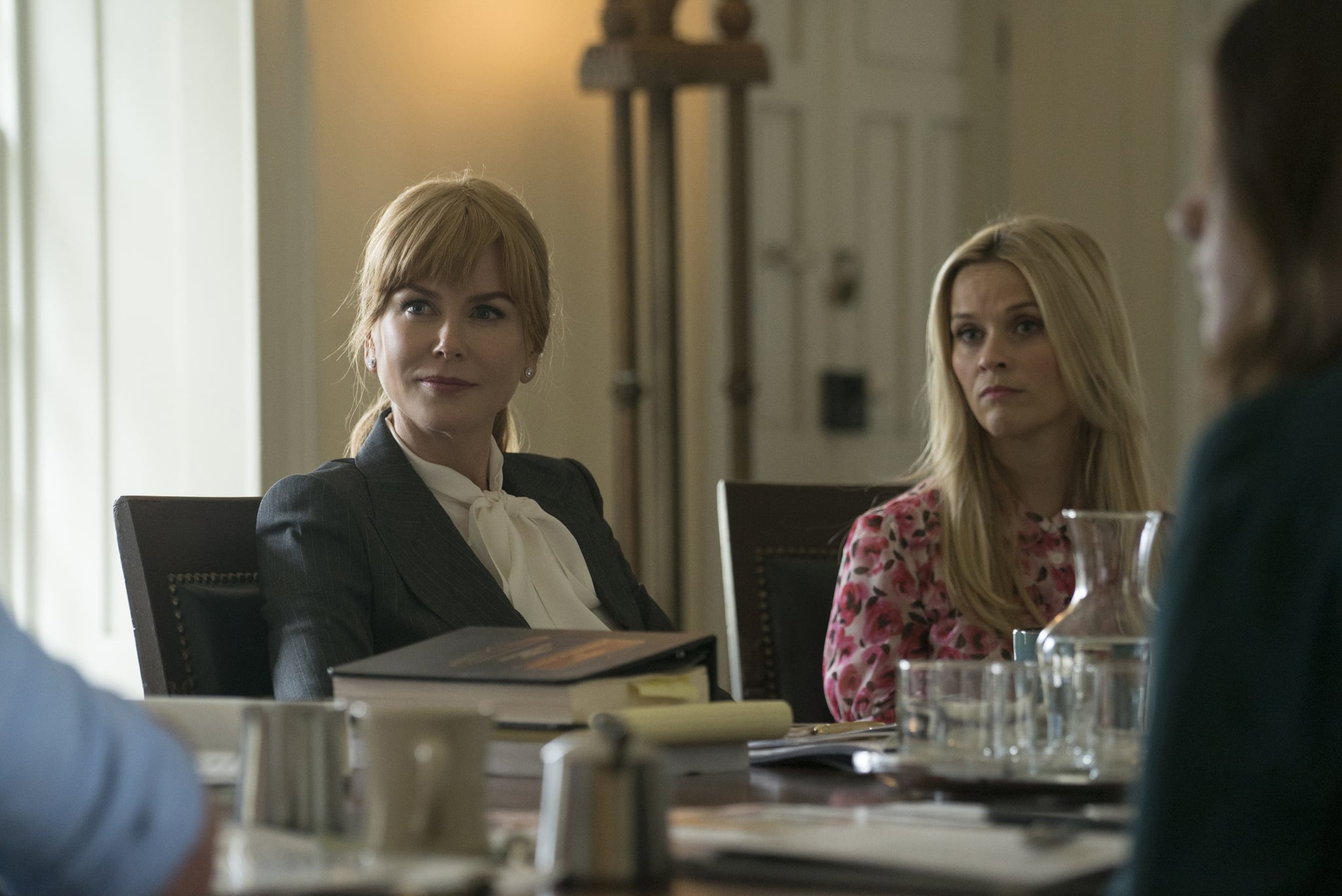 Now that Big Little Lies has officially been renewed for a second season, fans of the HBO drama — which is an adaptation of Liane Moriarty's novel and was originally conceived as a limited series — have been divided into two camps: those who think the seven episodes are perfect as is and everyone who wants to see the continuation of Madeline, Celeste, Jane, and Bonnie's stories. Regardless of where your heart is, the show's creator David E. Kelley had some encouraging things to say about season two during a recent interview with The Hollywood Reporter.

Although concrete details about the plot of the second season are still under wraps, we shouldn't expect the story to stray too far from the tone of season one, which recently picked up a few SAG Award nominations. Kelly confirmed that Moriarty is the inspiration behind the new episodes and has worked closely with the show to ensure the characters are moving forward in the right direction.

"We were all mourning the characters. That's how 'over' this felt," Kelly said of his mindset after season one wrapped. "After the shoot and post, there was a period of grieving for this world we so loved. Not wanting to let go, we continued to churn our creative wheels and wonder if there could be a second season and started to explore that. Liane Moriarty wrote a novella for where she thought it could go, and she really delivered some rich material."

With Moriarty as the driving force behind season two's narrative, we have total confidence that the new episodes will be just as riveting as the first go around. Will there be another murder mystery, though? We can't see it, but we have a feeling the show will still work backwards toward some wild event in the town of Monterey. Fortunately, Kelly further explained that the material they're working with is strong.

"As much as we loved the show, it would have been a mistake to go down the road again without the material to support the decision," he continued. "The nucleus of material had to be there. I had ideas for where the studio could go, but I couldn't look others in the eye and go, 'I'm positive we can measure up to year one.' So we went back to Liane and asked her if she had anything else to throw at us. She thought on it and turned over a novella with different directions the series could go in. It was such a rich springboard for me jump off. As the process goes, you discover if it's fertile or not — but the further I got, the more excited I became that this series had a future in it."

According to Kelly, they've written about four episodes and already have a release date in mind. "We're trying to have something locked, posted, and done for the beginning of 2019."

Big Little LiesTV
Around The Web

TV
Watch the Trailer For Netflix's Sky Rojo, the New Show by the Creators of Money Heist
by Irene San Segundo 1 day ago

John Legend
John Legend Doesn't Usually Turn For His Songs on The Voice, but This Artist Changed His Mind
by Kelsie Gibson 1 day ago