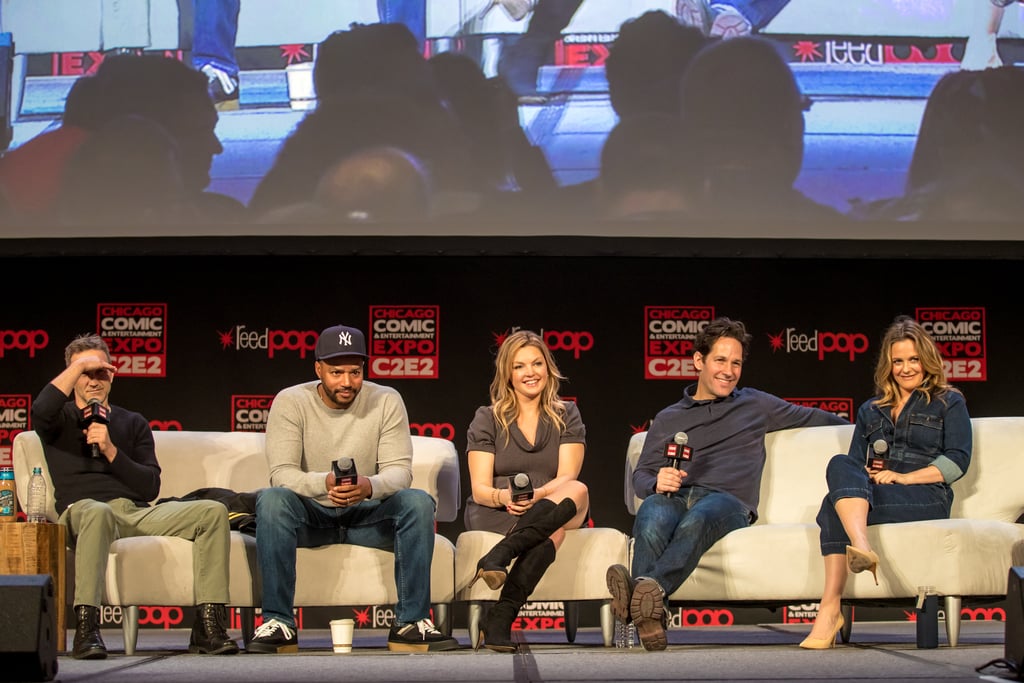 It's been almost 24 years since Clueless was released, but will we ever get sick of the iconic film? Ugh, as if! There's now Clueless-inspired makeup, clothes, and even a musical, but we'll never forget the movie that started it all. Cast members Breckin Meyer, Donald Faison, Paul Rudd, and Alicia Silverstone reunited on Saturday for the Chicago Comic & Entertainment Expo, giving '90s fans the ultimate blast from the past.

They reminisced over auditions and their characters, and Rudd teased the secret to his ageless appearance. "I'm 80 years old on the inside," he joked. "It's a mess underneath all this." Something tells us that's not true, but we appreciate his humility. Keep reading to see more photos from the cute cast reunion!

Lady Gaga
The House of Gucci Posters Could Say I Have Terrible Taste in Fashion, and I'd Say, "Thank You"
by Grayson Gilcrease 1 day ago

Shirtless
After Seeing These Pictures of Resort to Love's Sinqua Walls, We're Going to Need a Minute
by Grayson Gilcrease 2 days ago

Margot Robbie
A Hose, a Kiddie Pool, and Other Products The Suicide Squad's Makeup Team Used on Set
by Danielle Jackson 3 days ago