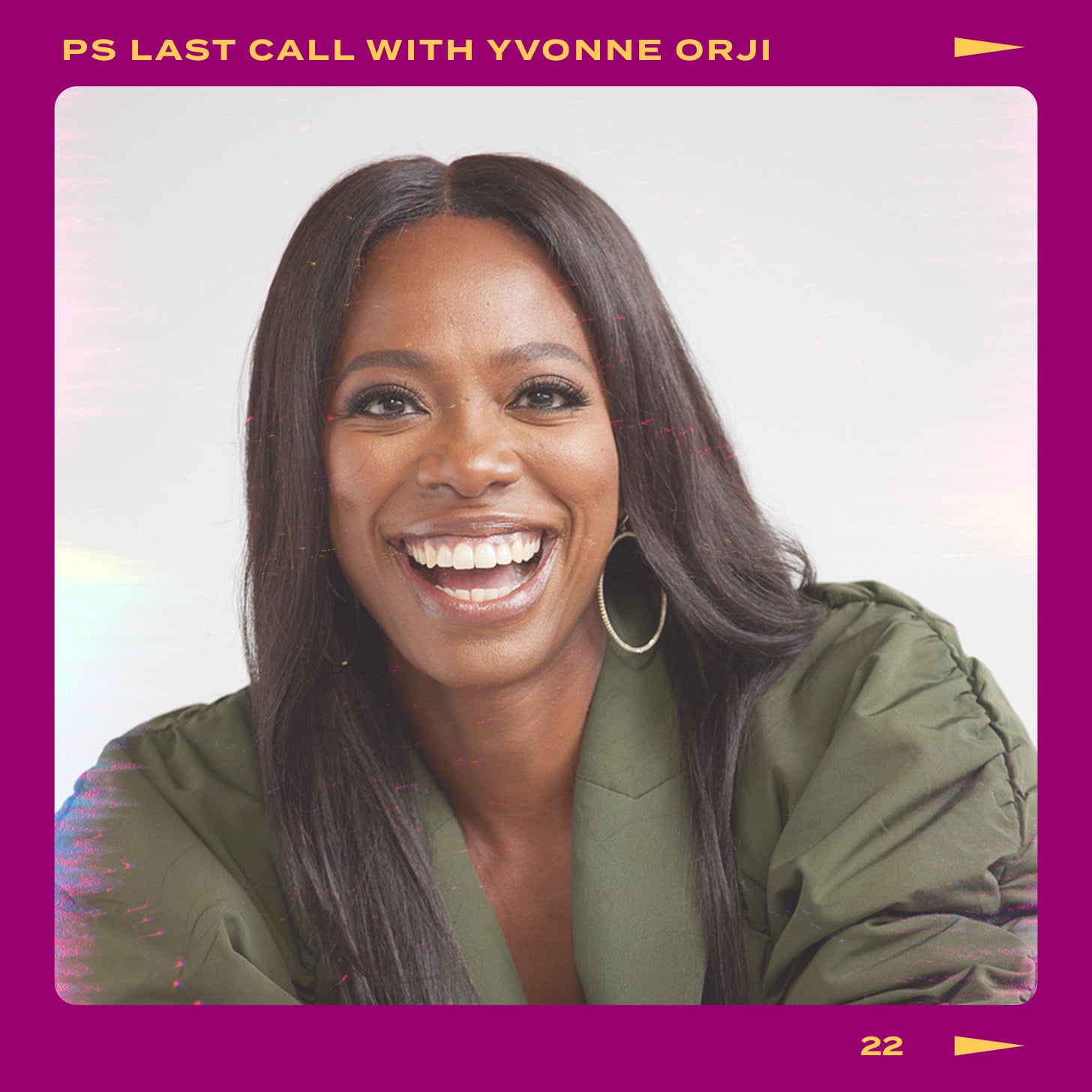 In our Q&A series Last Call, we get down to the bottom of every last thing with some of our favorite celebs — from the last time they were starstruck to the last song they listened to. This week, Yvonne Orji takes our call.

Insecure is saying goodbye with its fifth and final season, and we're still fighting to hold back our tears. Without our favorite Emmy-nominated TV series — which quite literally changed the face of modern TV — airing on Sundays anymore, we can't even begin to imagine what it will be like once these iconic characters officially say "peace out." We might be super emotional about Insecure coming to an end, but Yvonne Orji, aka Molly, seems to have found some solace in the fact that the show is leaving on a high note. "I think there's something with the finality of it," she told POPSUGAR about how she's coping with the end of the show. "Once you wrap your mind around it, like there's no way around it, then you start to process it."

"I have enjoyed tapping into a character that represents so many different types of Black women."

We've come to love (and hate) Molly over the course of the past five seasons, but all the ups and downs of her character speak to the realness of Insecure and the show's ability to capture the authentic experiences of young, Black millennials trying to figure out life. It's also what Yvonne loved most about being the actress to share Molly's story. "Molly has just been the gift that keeps on giving," she said. "She is so complex and so nuanced and so misunderstood. I have enjoyed tapping into a character that represents so many different types of Black women. You have the boss chick, the corporate chick, the stylish chick, the unlucky-in-love-sometimes chick, and desiring-for-the-best-and-not-willing-to-settle chick. She's so many things, and I get her in a lot of different ways."

Even though Yvonne's chapter with Insecure is closing, she, like many of the show's cast and crew, is gearing up to tackle even more meaningful projects in the future. "I have some coloring-within-the-line things, but for the most part, I'm keeping myself open," she said. "I told my team, 'I don't know that we found the next thing [yet, but] it'll find us.' I'm keeping myself open to work that really ignites me, that makes sense to me, and that I enjoy. Whatever it is, I have to enjoy it." Ahead, read more of Yvonne's Last Call interview.

Related:
Seeing the Insecure Cast Together Is Reminding Us of How Much We're Going to Miss Them

What was the last day of filming Insecure like?

[It] was very emotional. Tears were shed. For me, it was realizing [that] this is it, this is really it. We knew the end was coming, but we got to the end and it was like, "Wow, it's not the same anymore. We have to let each other go to do other things." Love is still there, friendship is still there, but it's not the same. We had a shared experience [where] we all got to be the "first" in so many different ways and now that has helped us to grow into the people that we are now. Nothing will ever be the same, but we won't get these moments again because it already happened for the first time with each other, so now we have to let each other go to go do other dope things. So, it was wonderful.

What was the last thing you did with your Insecure costars off set?

We just had a photo shoot.

Who is the last Insecure costar you texted?

Jay [Ellis] and Issa [Rae] together. We have several group chats.

What is the last show you binge-watched?

Oh, I'm doing two simultaneously. Truth Be Told on Apple+ and Made in Heaven on Amazon.

When was the last time you were starstruck?

I cannot remember. I mean the person that probably got me the most starstruck was definitely meeting Beyoncé. It was like, "Oh my God." It was Beyoncé and JAY-Z. 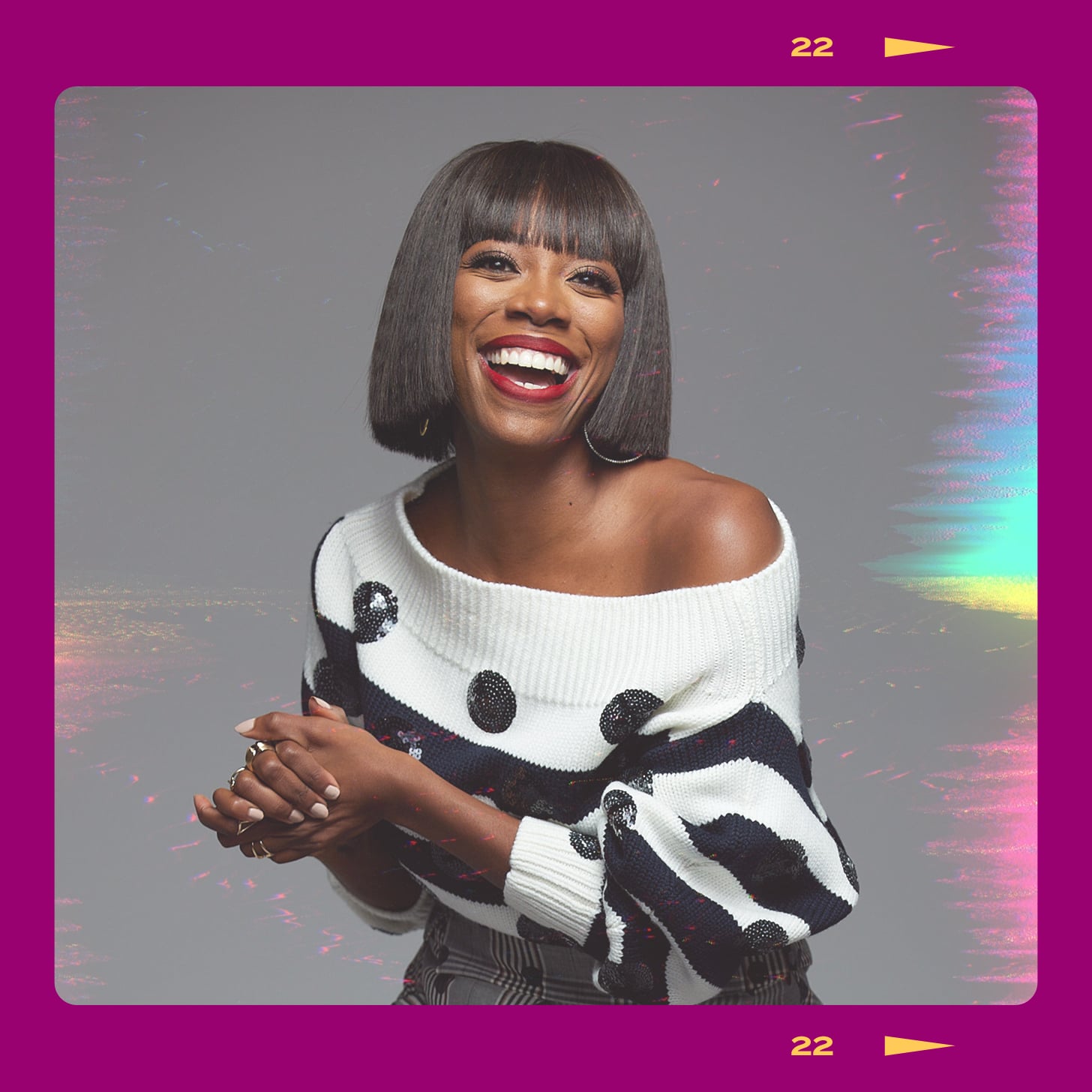 What is the last song you listened to?

It was Marvin Sapp's "Close."

What is the last book you read?

The last book that I read all the way through, it was on vacation with me. It was [by] a Nigerian author, and I read it and [said,] "This is good." [It was] The Girl With the Louding Voice [by Abi Daré].

What is the last thing you did for self-care?

You mean not going to Morocco and Italy on vacation by myself? Massages and baths.

Now, do you actually do the self-care Sundays like the ones on Insecure?

What is the last thing you received as a gift?

Fruit because I was really hungry and I didn't want to eat anything heavy and I asked somebody to bring me back a rack of grapes.

What is the last piece of advice you got that changed your life?

Someone told me that what they would tell their younger self is [that] instead of always trying to go and do 100 percent, do 70 sometimes. I mean, for perfectionists, that's a hard thing to hear, but so necessary. Because, just like me, you spend so much time trying to make something 150 percent, but also often, 70 will get you to where you need to go, and you can always build on that. Trying to make everything excellent and perfect, you spend so much time doing that, and everyone doesn't appreciate it.

Billie Eilish
Is This a Holiday Tradition? Billie Eilish Does the Same Vanity Fair Interview For the Fifth Year in a Row
by Naledi Ushe 2 days ago

Insecure
So, Are Molly and Taurean Dating? Insecure's Leonard Robinson Dishes on the Possible Romance
by Njera Perkins 4 days ago