By now, Sterling K. Brown has gotten used to playing a loving father on television, and the similarities between him and his This Is Us character, Randall Pearson, aren't lost on him. Much like Randall, Sterling lost his own father at a young age, and in a recent interview with Today, the 43-year-old actor opened up about the day his father died and the impact of their relationship.

"I think the whole dynamic of fathers and sons is one that resonates with me and is resonating really strong right now," he told Willie Geist. "My dad was 45 when he passed away and I was 10 . . . waking up that morning and going into the kitchen, and my mom being on the phone calling the paramedics . . . as they're carrying him out on a stretcher, he looks at me over the railing and he winks."

That was the last time Sterling saw his father. Even though their time together was short-lived, the actor is still able to recognize how much he benefited from their relationship. "He filled me up with so much love," he said. "So while the time was short, it was everything that I could've hoped for for 10 years." Watch Sterling's full interview in the video above, and skip ahead to the 5:54 mark to hear his comments about his father.

Music
Saleka Describes What It Was Like Collaborating With Dad M. Night Shyamalan on a Song in Old
by Kelsie Gibson 6 hours ago

Celebrity Quotes
Tommy Dorfman Is Reintroducing Herself: "I Am a Trans Woman"
by Kelsie Gibson 1 day ago 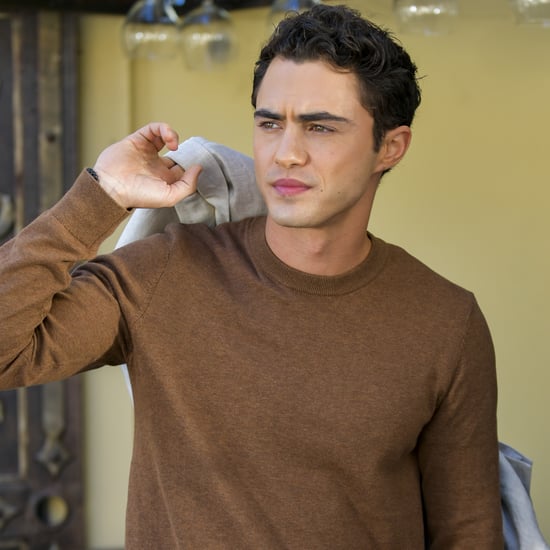 Never Have I Ever
If You've Ever Wondered What It's Like to Date Darren Barnet, This Is For You
by Monica Sisavat 3 days ago