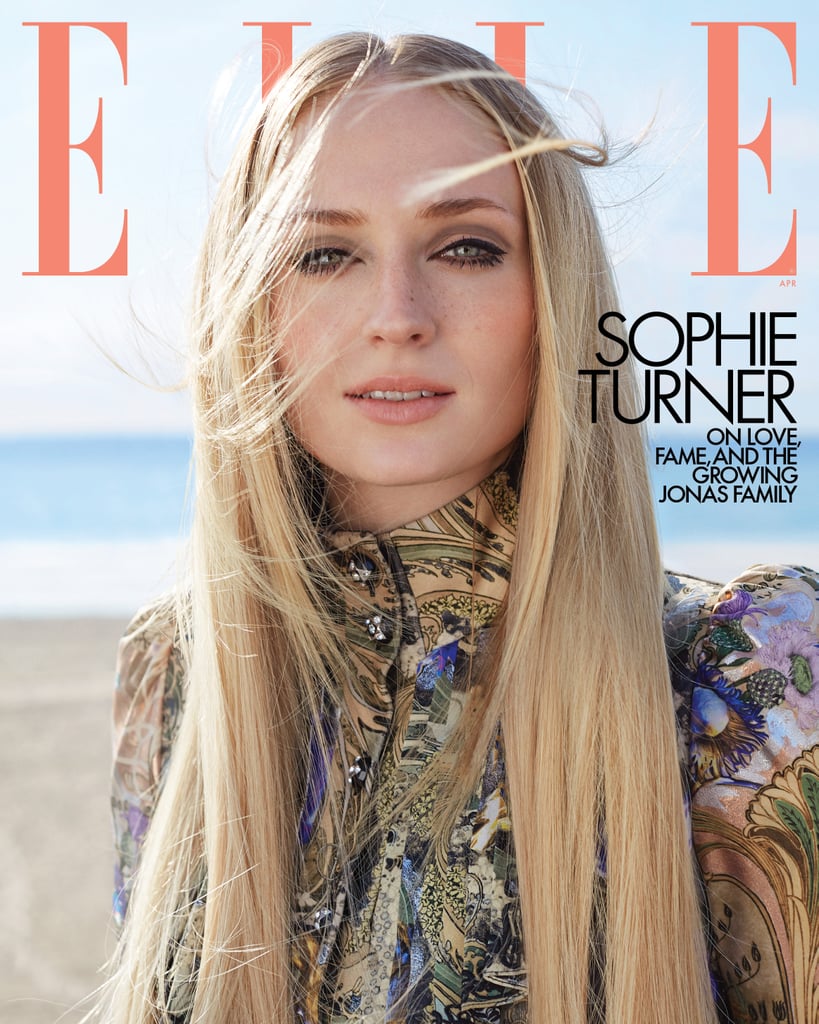 Sophie Turner has been keeping busy as of late. Within the past year, the 24-year-old has wrapped Game of Thrones, gotten married to Joe Jonas, booked a new Quibi show, and is reportedly pregnant with her first child. Now, the actress is opening up about a few of her major milestones in Elle's April cover story. In addition to talking about the end of her hit HBO series and saying goodbye to Sansa Stark, Sophie also shared some interesting details about her relationship with Joe, including their first interaction with each other. Turns out, Sophie thought he was going to be "such a d*ck." Find out what changed her mind as you read her best quotes ahead.

Related:
It's Clear That Joe Jonas and Sophie Turner Make Each Other Incredibly Happy
Previous Next Start Slideshow
Joe JonasSophie TurnerCelebrity QuotesMagazine Covers
Around The Web