Two of Britain's most famous redheads have joined forces for World Mental Health Day — yes, we're talking about Prince Harry and Ed Sheeran. The pair posted a video to the Sussex Royal Instagram page on Thursday morning to encourage viewers to care for the people around them, and break down the stigma surrounding mental health.

"Both Prince Harry and Ed Sheeran want to ensure that not just today but every day, you look after yourself, your friends, and those around you." Ahead of the important day, the Duke and Duchess of Sussex's Instagram account shared a tiny teaser to announce the collaboration, and it showed Ed and his camera crew ringing a doorbell that plays the British national anthem, only to be greeted and invited in by a smiling Harry.

In the full video, which was released on Oct. 10, the pair sit down to speak about raising awareness for an important issue, which Ed mistakenly thinks is overcoming the challenges of being a ginger. In the process, they speak about writing a song to raise awareness — and even though they may have had their wires crossed — we'll still be waiting patiently to see if this comes to fruition. "There's no need to suffer in silence — share how you're feeling, ask how someone is doing and listen for the answer. Be willing to ask for help when you need it and know that we are all in this together. #WMHD"

After watching the inspiring video, we have been left with only a couple of questions. Is that the elusive Frogmore Cottage, where Harry and his family live? (doubtful — rumor has it that it's actually Princess Eugenie's cottage at Kensington Palace.) And how long until Ed posts a selfie with the Prince on his own Instagram feed? 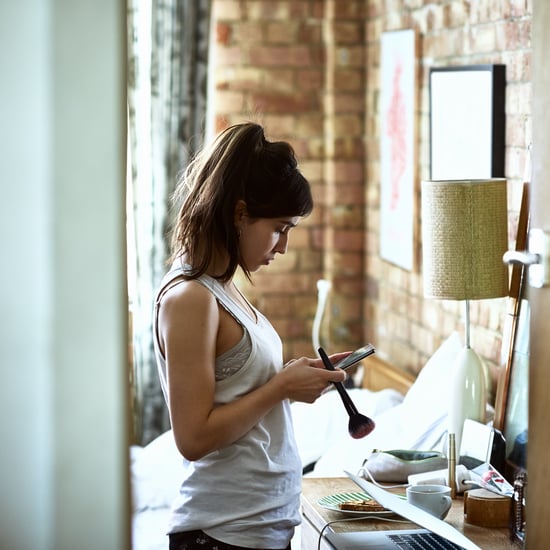 Personal Essay
Social Distancing Hasn’t Been Easy as a Super Social Latina, but This Is What I’m Doing to Feel Better
by Maria G. Valdez 4 days ago

Healthy Living
I'm an Anxious Person, and After Years of Fearing the Worst, I've Actually Never Felt Calmer
by Carley Stickney 5 days ago