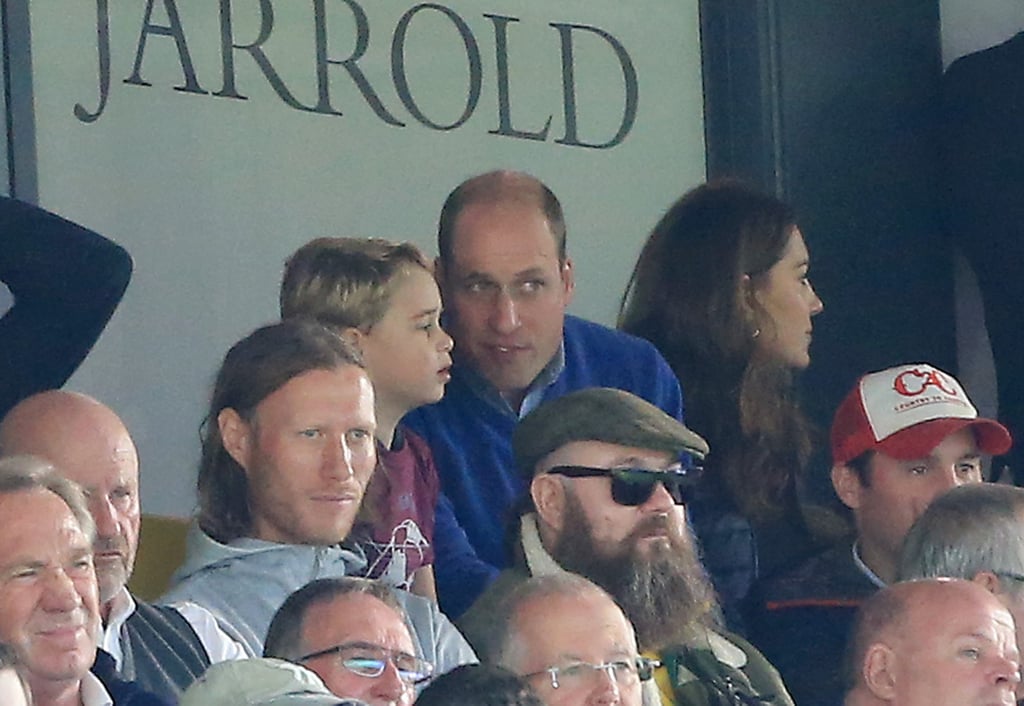 Prince George Is an Aston Villa Fan, Just Like His Dad

You'd probably assume, living in southwest London, that Prince George would be a Chelsea fan, or perhaps his allegiances would lie with a team that plays close to the family estate of Anmer Hall in Norfolk. But nope, the young Prince actually supports a team based in . . . Birmingham! It seems the young Prince has chosen to follow in the footsteps of his dad Prince William, and he was recently spotted wearing a claret and blue shirt, cheering for Aston Villa at an away match against Norwich City in October.

Back in 2015, William explained to Gary Lineker that he became a Villa fan during his school days because he wanted the "emotional rollercoaster moments" of supporting a mid-table club. He went on to praise Villa fans for the atmosphere and camaraderie he's witnessed at games, something George looks like he's now enjoying just as much as his dad!

The Royals
From Royal Baby to Big Girl: 23 Adorable Photos of Sweden's Princess Estelle
by Murphy Moroney 3 days ago